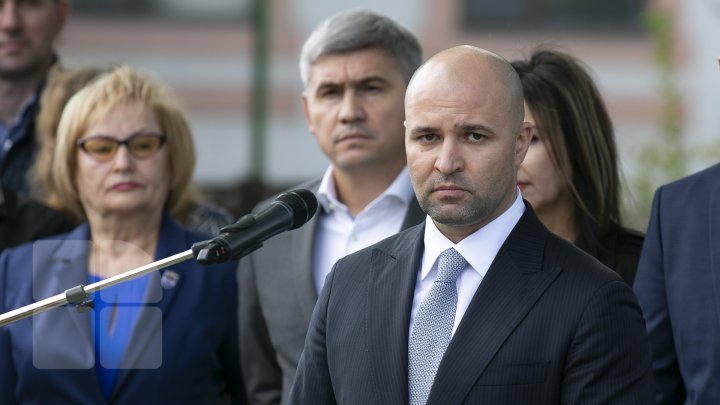 Vladimir Cebotari has launched his electoral campaign for Chisinau Mayor with the support of his party, Democratic Party. PDM President Pavel Filip is assured that Vladimir Cebotari would manage to resolve the problems of Chisinau: the lack of parking places, traffic jam and the crisis of unpleasant smell.

"Chisinau needs a new beginning, a restart, new vision, new approach. PDM proves its capability by actions. There are many good projects but the only group which demonstrates to fulfill its commitments is PDM. Chisinau is under crisis and needs a group to tackle these problems. We proved that in snow storm of 2017, we intervened in time to resolve the problem. We also managed to tackle the waste crisis.

The current government has demonstrated its ability in 100 days. Chisinau needs somebody who knows to make action and PDM has these people", said Pavel Filip.