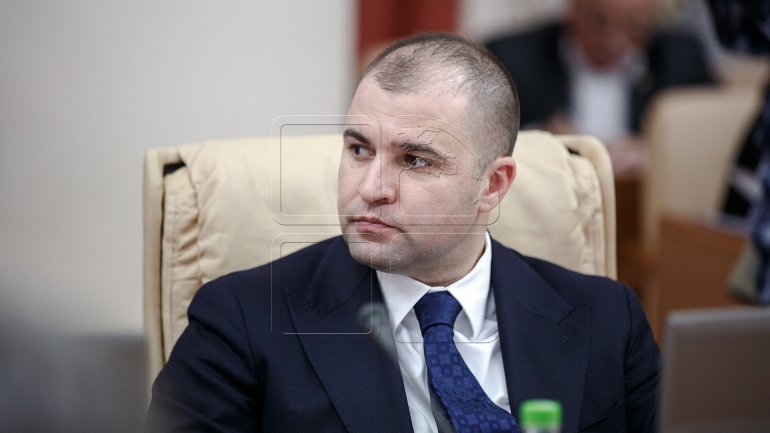 Romania encourages the continuation of reforms in Justice and in fight against corruption. Declarations in this regard were done by Romanian officials who participated in the Moldovan-Romanian Justice Forum. At the same time they appreciated the fact that Moldova already registers progresses in this field.

According to minister of Justice, Vladimir Cebotari, there are many progresses and a few backlogs in justice:

"Backlogs are so few, we can count them. Instead, we can enumerate hundreds of fulfilled actions. Some actions are in course of development. Still, there are backlogs related to the implementation of reforms. Here i will refer to the fact that the first backlog towards citizens is the fact that I want for people to see the effect of these reforms. So that these approved laws - Prosecutor's law, integration package, the institutional state or evaluation, combating domestic violence and a range of other reforms linked to the justice field which are carried out in judicial authorities- would be seen by citizens and to make an impression, an opinion based on these new laws. I am glad to see that the persons working in the judicial system are observing changes in a positive direction. The judges have another approach regarding the cases, issue more motivated decisions, with a higher level of quality. We see that the period of a trial session or the examination of a case has another time measurement. Now the judge is more determined for the case to not be slowed down. He fines the parties who do not comply with the rights and obligations they have."

"Another backlog is the fact that we have a lot of cases which were started against high officials. I want to say that I have seen the statistics of DNA in Romania, and our numbers are very close to theirs. The difference is that DNA reported numbers and cases which were examined including in trial courts. In Moldova the numbers have not been finalized through court orders. We still need to work on this. But these actions cannot be carried out in one day, one month or even one year. I don't want to make reference to the temporary effect Mrs. Kovesi made reference to. But I want for us to work as fast as we can, so that in 2017 we could see the effects of the things we did" said the minister of Justice.

The minister of Justice also discussed the presidential elections and advised the citizens to discourage the politicians who try to separate the society in "colors":

"I will regret very much if during my mandate we will get in the situation we will be powerless to promote reforms, to carry them. It will be very bad if the new president, whoever will be, instead of dealing the administration of state affairs, given the interests of the majority of our population, the reforms that we have and government programs that are approved, will begin to do other destructive things to divide society on the colors and make politics from the first day in order to prepare for the election campaign of 2018. Know that we will not return to the situation of 2009 or 2014, but in the situation of 1991 when more serious things occurred. Therefore, I urge citizens to dissuade politicians who try to make populism, to request specific things and ask them not to be misled, to not pay attention to destructive things and concentrate ourselves on the positive, to support state institutions in the reforms we make and to make constructive criticism. Let's see the bright side and come up with proposals who can fill the other side."

Vladimir Cebotari also talked about rebuilding the courts and plans their modernization in the future according to the highest European standards:

"We are going to rebuild the courts to the highest standards in the European Union and recommended by the Council of Europe and the World Bank. We will develop that standardized design recommended for each court, where we take into account all the requirements that are today for a court, which must inspire confidence, necessary to create conditions for litigants and the atmosphere of solemnity. We want to create optimal conditions for those who do justice, so that decisions taken to be objective, in order for the citizen to trust them."