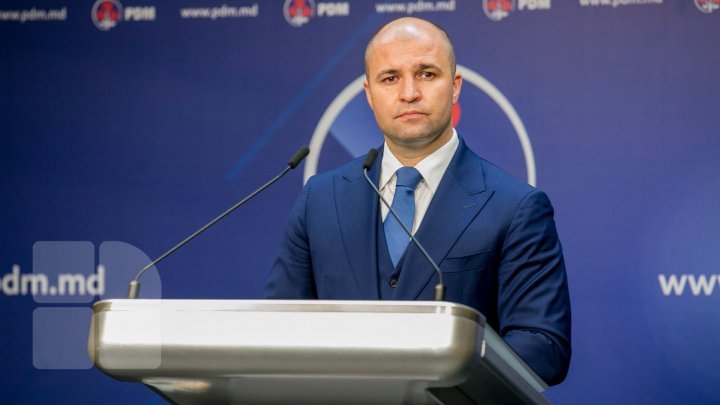 PDM delegation carries on its routes to reach the country's districts, where PDM candidates discussed with the citizens about implemented reforms and their wishes.

In the context, PDM vice-president Vladimir Cebotari came with a five-day report of the delegation in a briefing.

"PDM delegation have worked for a week. It's our action which is actually detour to every locality. We try to reach as many people as possible to have more discussions and understand what problems they have. Let us take an appreciation and understanding of how they perceive those achievements upon which the Democratic Party has been working lately.

I want to tell you that this delegation is proved to be a very good one from our point of view, because we did not expect much warmth as we see from our citizens.

It is probably an unprecedented thing in Moldova, but it is also an unprecedented exercise for the PDM, as we have already said, making us more determined in our mission of pledging to govern For Moldova and For People.

Moreover, our colleagues from the constituencies organized and passed many meetings. For example, my colleagues had about 160 direct meetings with citizens in their constituencies, totally with more than 150,000 people.

See how ambitious our campaign program is and see once again the answer to how close the Democratic People's Party is.

I would like to use this pretext once again in our discussions, to make an appeal to everyone: to observe the code of conduct that has been assumed, to respect the ethical and moral norms of a good campaign, who believe that Moldova and our citizens already deserve it, we do not have to go to extremism.

I want to appeal to the electoral contestants to give up the aggressive speeches and the mischievous speeches. Because, unfortunately, these generations and other political classes is formed and grow in their speeches.

At the same time, urging many of the contestants who are willing or without knowledge, I would ask them to consult the law several times to avoid these violations, because our interest is that this process is a good one and an effective one, "said Vladimir Cebotari, vice-president of the PDM.

The PDM delegation will reach all localities in the country to meet the voters.