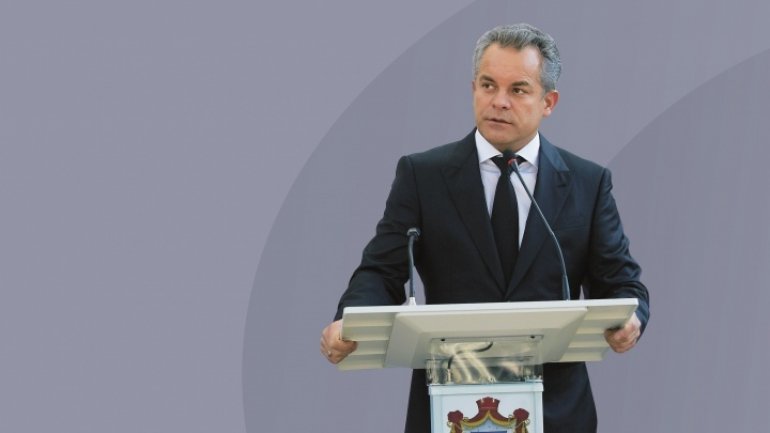 Moldova is willing to become a bridge between East and west, no way a battleground for the world powers. The statement is made by the president of the Democratic Party from Moldova, Vlad Plahotniuc, and is addressed to the U.S. president-elect Donald Trump, being posdted at Fox News.

The politician emphasizes that Igor Dodon's post of head of state is purely ceremonial.

Below is the entire message sent by Vlad Plahotniuc to the U.S. president-elect:

While many Eastern Europeans welcome the Trump administration’s promise to improve American relations with Russia, we hope it doesn’t come at the expense of our dream for deeper ties to the West.

As a small, landlocked former Soviet Republic, sandwiched between NATO nations to the West and Ukraine to the East, Moldova clearly has a lot riding on any American reconciliation with Russia. And while the last thing we want is to weaken our moorings to the West, we are optimistic that President-elect Trump’s vision can positively transform the security environment in our region.

As a fellow businessman who also believes in “the art of the deal,” I am hopeful that Mr. Trump’s non-confrontational approach to Moscow will not only reduce tensions between your countries, but also reduce the pressure on countries like ours to choose sides. While Moldova doesn’t want to be pulled back into Moscow’s orbit, we also know that we cannot prosper as a pawn in the power-struggle between East and West.

Instead of being mired in a new cold war, we want to move forward with a free-market economy, integrated with the West but at peace with the East. And we expect the United States to continue to support our historic journey to our natural home in the European community.

Unfortunately, for most of our past 25 years of independence, Moldova has been a flashpoint on the frontlines of the rivalry between Russia and the West. That can only be bad for a small country like ours, as evidenced by Russia’s continuing support for Transnistria, a breakaway region within Moldova’s internationally recognized borders where 2,500 Russian troops are stationed.

For more than two decades, the Transnistrian dispute has threatened the security of Moldova and the stability of Eastern Europe. But, if the United States and Russia are able to forge a new relationship more focused on cooperation than on confrontation, it could help foster constructive steps to resolve the secessionist standoff not only in Transnistria, but also in the territorial conflicts in Crimea in Ukraine and in South Ossetia and Abkhazia in Georgia.

Rather than a battleground, Moldova wants to be a bridge between East and West. We would welcome transformation of the zero-sum environment where, if Moldova reaches out to the European Union and the United States, it is misunderstood as anti-Russian, and where goodwill gestures to Russia are misinterpreted as a retreat from Western integration.

The fact is: Most Moldovans want to be pro-Western without being anti-Russian. With our cultural and historic affinity with Russia – our second-largest trading partner after the EU – we are not hostile to Moscow. We want to resolve our differences with Russia, most notably over Transnistria, and expand our economic relationship.

Just as Eastern Europeans should not overreact to the change of administrations in the United States, Americans should make no mistake about Moldova’s direction. Indeed, in a closely contested vote for the largely ceremonial position of president – a post with limited constitutional authority and scant influence over foreign policy -- our voters recently elected a candidate who described himself as pro-Russian. However, our government is driven by a pro-West coalition, led by the Democratic Party of Moldova, which is moving Moldova closer to the EU and implementing comprehensive reforms as part of our Association Agreement with the EU.

Through that agreement and a government reform action roadmap, Moldova is cracking down on political corruption, freeing up our economic system and strengthening the rule of law. In return, we are receiving practical incentives for our economy to diversify and modernize, including an expansion of bilateral trade with the EU, which already buys 62 percent of our country’s exports.

Having suffered under communism for almost half a century and struggled against corruption for many years, Moldova is striving for free-market democracy and the rule of law. We look to the West as an economic and political model because we embrace the values of freedom and democracy.

For the United States and Moldova, this should be a moment of promise, not peril. We are confident in an upgrade to the US-Moldova relationship this year since we are celebrating 25 years of diplomatic relations. Symbolism should be met with a boost in our concrete cooperation. If the United States and Russia begin to thaw their relations, it will only be good news for Moldova. We are on course to our ultimate goal of a prosperous, entrepreneurial democracy, upholding legal and constitutional norms, that looks toward the West and maintains warm relations with all its neighbors.

In this endeavor, the United States and EU are our inspirations, and we expect you to continue to be our partners.

Vladimir Plahotniuc is the President of the Democratic Party of Moldova.