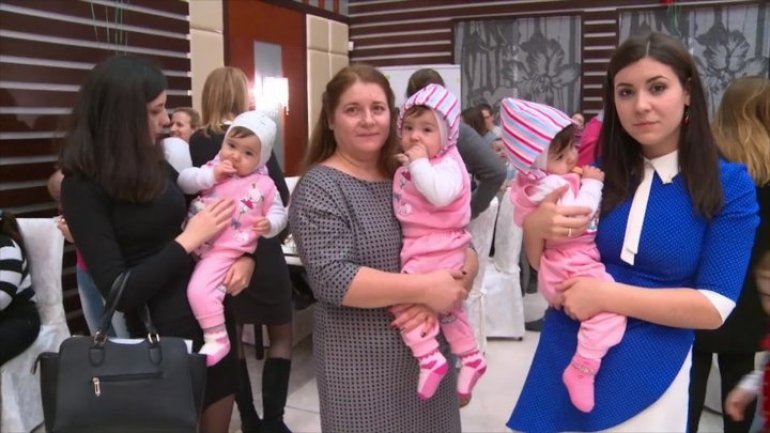 On the Christmas Eve, Vlad Plahotniuc's foundation Edelweiss brought joy to six families of triplets. Their parents have received microwave ovens and scooter for children, which they will use when they grow up a bit.

"I read a lot about these girls and I wanted to call them Vera, Nadejda and Liubovi."

"It was really surprised to be father of three one time. I have to thank God, thank the life! I heard first I would have twin, but finally I had three girls!", said the father.

He said he also felt difficult recognizing his three daughters.

Vlad Plahotniuc's foundation Edelweiss has decided to contribute to the welfare and happiness of six families of triplets. Parents and their children received gifts at the holiday organized by the Odoraș magazine.

Two days ago Edelweiss came with gifts to a quadruple family from Glodeni.

The Foundation supports these young families in the campaign A New Life. Since 2016, around 11,000 sets of newborn care products have been distributed.