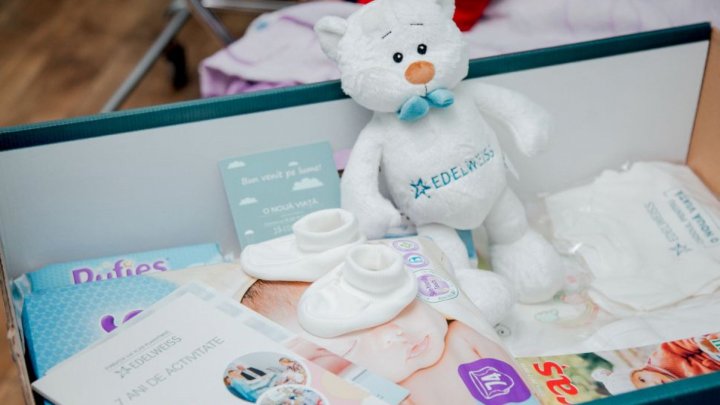 A New Life campaign initiated by Vlad Plahotniuc's foundation Edelweiss has come to maternity hospital in Cahul, bringing newborns gift boxes that contain all necessary things during the first days of life.

"I really appreciate your help. It's absolutely important".

It's not the first time that the Edelweiss team's come to hospital in Cahul city. However, the emotions are still fresh.

"After opening those gift boxes, we're still surprised and happy so much to such thoughtful actions", said Oleg Creciun, director of Cahul district hospital.

A New Life campaign of Vlad Plahotniuc's foundation was launched two years ago. Since then, more than 17 thousands of mothers from 24 maternity homes in the country have received gifts.