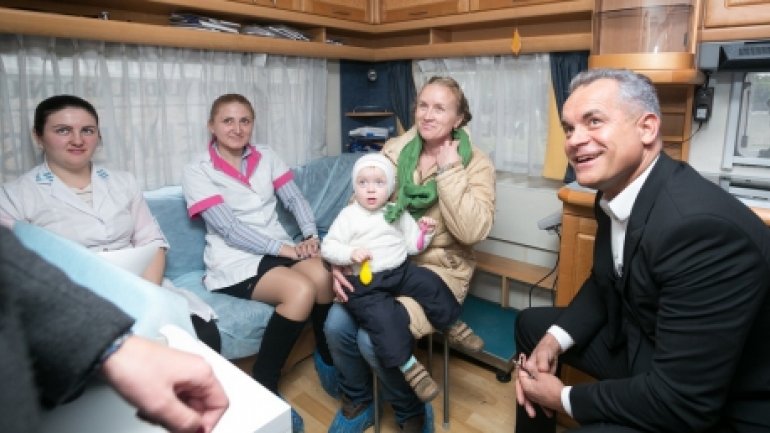 The mobile pediatrician office Moldova’s Rebirth reached Ialoveni district again, as the physicians consulted scores of children from villages. The team of doctors has been accompanied today by Edelweiss founder Vlad Plahotniuc.

He has personally thanked the doctors for joining the Edelweiss Foundation’s efforts and for examining rural children without access to healthcare, for six months.

"It’s six months since the doctors have gone to villages. I have been impressed by what I have seen and heard here today. We have hard-working medics, I realize it’s not easy to provide so many consultations within a day, but they manage to do their job. There have been cases when the doctors managed to prevent severe illnesses because the children were duly examined," Vlad Plahotniuc stated.

The Edelweiss founder has referred to those 10 cases when the doctors saved the children’s lives, after detecting extremely severe diseases and recommended the due treatment.

Vlad Plahotniuc says he is determined to further back this social project for children, "as long as it’s needed."

"I will get involved and I assure you we’ll do our best to offer this free consulting to rural children," he said.

The Moldova’s rebirth social project was launched by Vlad Platotniuc’s Foundation in April.

Ever since, the mobile pediatrician office has been to 99 localities, as almost 7,000 children have got free medical examinations.