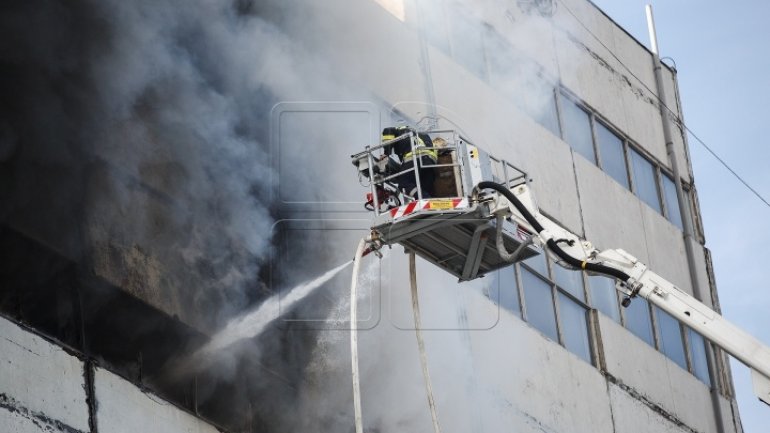 A day that seemed ordinary turned into a nightmare. A deadly fire broke out in the industrial area of the capital, in a deposit building on the Uzinelor street.

The flames have killed a young firefighter who fought for the lives of other people.

What has happened today, once again shows us that our negligence can cost our lives when it comes to fire, even if a small one.

In its meeting today, the Government will be presented all necessary documents to award the fireman with the highest posthumously award in Moldova.

The firefighter who died on duty was the 28-year-old Ivan Nogailic. He was working in the Service of Civil Protection and Emergencies since 2009, most recently as the head of the team of the Center Rescue and Fire intervention of the SPC, with the rank of sergeant major.

He was married, and had two minor children.

The First Vice-President of PDM, Vlad Plahotniuc, posted on his Facebook account a message of condolence that says that he, along with his Foundation, will provide 150,000 thousand lei, by 15,000 lei per month for a year, to help the family of the firefigter.

"I express my sympathy to the family of the firefighter Ivan Nogailic, who died on duty, fighting the flames in the building.

Along with the Edelweiss Foundation, we will stand together with the family, and will provide an initial aid of 150,000 lei, then 15,000 lei per month for a year, for the support of the two twin girls and urgent financial problems.

Those who died heroically on duty should be commemorated. The state should provide help for thier families along with everybody else who can help them" , wrote Vlad Plahotniuc.