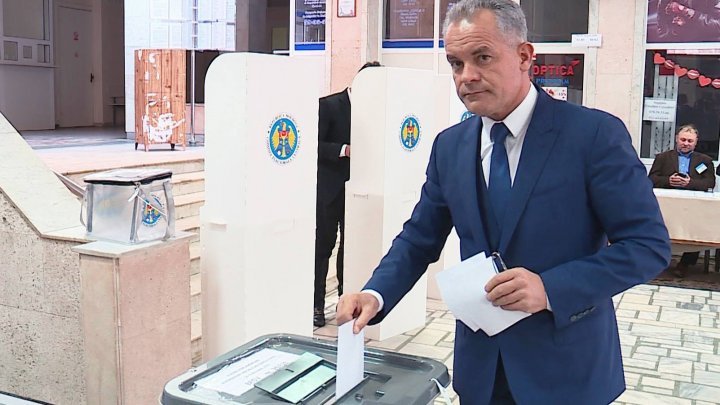 "I voted for the Democratic Party, I voted for the only party who manged to raise state budget 15bln lei more than the previous government, by order and discipline applied in the institutions and country, by economic policies. The Democratic Party, with this money, managed to raise wages and pensions, build good roads across the country, launch the First House project for young people, increase indemnities, increase childbirth allowance to 10 thousands lei, offer each child 200 lei/month up to age of 18, offer free medicines, support pensioners 600 lei for Christmas and more", said Vlad Plahotniuc after leaving the polling station.

Moreover, Democratic leader stated that he had voted "to prevent Moldova from being captured by hands of the incompetent opposition parties who want to come to power to stop the allowances and aids, reduce wages and pensions, close schools, they did it, and throw the country into chaos and poverty. "

The Democrat leader appealed to all citizens to vote and vote for the continued stability and development of the country.