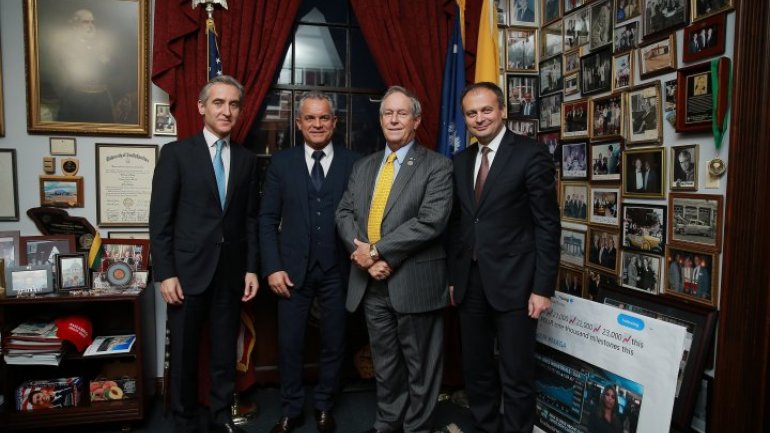 Both congressmen are members of the United States House of Representatives' Foreign Affairs Committee.

Michael McCaul is also Chairman of the Internal Security Committee, while Joe Wilson is a member of the Army Services Committee.

The two meetings were dedicated to internal reform issues as well as security issues for the Republic of Moldova.

Congressman Michael McCaul expressed his concern about Russian propaganda in Moldova and other European countries, additionally expressing his support for our country's efforts to combat Russia's aggression.

Also, the US official advocated his strong support for Moldova's European integration objective.

Joe Wilson encouraged the completion of the gas pipeline linking Moldova to Romania and said he would support our country's energy projects.

He said he would only see "just a pro-European future" for the Republic of Moldova.

Vlad Plahotniuc told US officials about reforms in our country  which are related to state institutions, national economy and business environment.

He also spoke about the energy interconnection efforts of the Republic of Moldova with the EU to ensure the alternative to energy supply, but also about the recent progress in the Transnistrian dossier.

The leader of the ruling coalition reaffirmed the country's desire to continue the European path.

Moldova's future is in Europe. We will continue the reforms and move forward towards the West.

At the end of the talks, Vlad Plahotniuc addressed the US Congressmen the invitation to visit the Republic of Moldova.