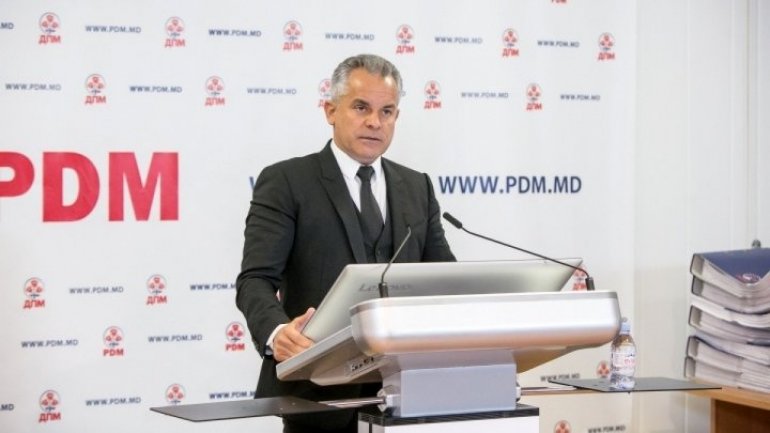 PDM leader, Vlad Plahotniuc requested the Government to elaborate an informational campaign for the First House Project. At the same time, President of PDM mentioned that through this program, officials could benefit from facilities.

The First House Project is an initiative citizens longed-for, the project is in its final phrase and will become functional starting next month. There are elements that have to be regulated on the go, so that people will have access to as much information as available regarding this program. I requested today the Government to elaborate an ample informational campaign, where details will be provided regarding the way the First House Project works, who are eligible for it, how can people apply to it, what are the advantages and so on, everything that citizens need to know, to make a decision of purchasing a house with this program" PDM leader declared.

Vlad Plahotniuc has also suggested the Government to have more active talks with banks, for the program to be operational starting March.

"I requested my colleague from the Economy Department of PDM and our specialists from the Government to analyze how we can use this program to offer certain additional facilities for public servants. We wish to find efficient means to motivate people to continue working in the state's system, but also attract more people in this sector. I namely speak of the state paying a big part of the mortgage. This percentage of this share, which the state will pay, will be announced after all calculations will be made" PDM leader explained.

The First House Project was approved by the Parliament at the end of last month. Eligible citizens are those under 45, with official employment and that do not own any other real estate, as well as mortgage credits. Their salary has to be at least twice the monthly rate, on the condition that the monthly interest rate does not go beyond 9%.