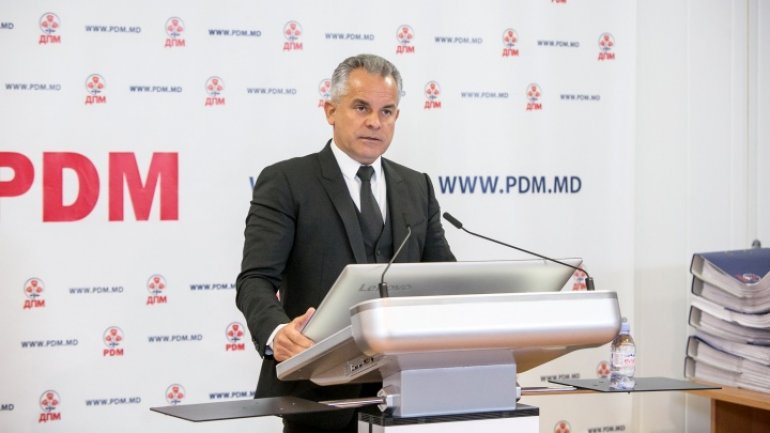 PDM leader, Vlad Plahotniuc, believe that the result of yesterday's referendum became an embarrassing failure for PSRM, PCRM and PN, parties that urged people to go and vote against the Mayor, wrote Ziarul Naţional.

"First of all, we must understand that this referendum was not won by anybody, but there is an obvious defeat, especially for Socialists who attempted to take power in the City Hall by force. In reality, PSRM also bears the blame of how the city looks today. I believe that citizens have made themselves clear yesterday to Socialists, while the boycott announced by far-right parties, including PDM, had a decisive matter in the final result.

Without intending to, the far-right parties have proved that they can defeat the far-left ones, as long as there is a common aim. I see the results of this referendum, as a defeat of the far-left parties, represented by PSRM, PCRM and PN, parties who urged people to come and vote the dismissal of the Mayor" Vlad Plahotniuc declared.

At the same time, PDM leader has declared that as long as officials from the City Hall will come forward with practical projects, then PDM, through the Government will support them.

"Regarding what comes next, we must understand that unfortunately the City Hall continues to be controlled by PL and PSRM, therefore PDM cannot control in any way the decision taken there. In exchange, our party can assist the City Hall through the Government, regardless of who leads it, as long as they come forward with projects that will benefit the citizens" Vlad Plahotniuc said.

"I have mentioned already that regardless who is the Mayor, as long as they have a practical project, we will help. It is obvious that it will be done only if a request came to the Government or PDM, otherwise we cannot implicate ourselves in such mater, except for is we wish to create a crisis" PDM leader, Vlad Plahotniuc added.