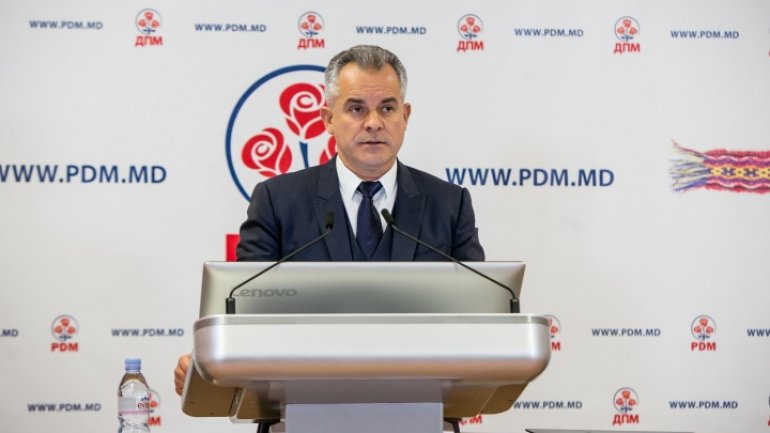 President of PDM, Vlad Plahotniuc has commented accusations made in his address by Vitalie Proca during an interview with Jurnal TV, claiming that citizens of Moldova have to bear watching TV shows, organized by criminals, which can be condemned. According to Plahotniuc, the who script was written by Russian Special Services.

"From what public attorneys from Republic of Moldova announced a year ago, there is only one criminal record, where a man, under FSB's protection, is suspected for attempted murder of Gorbunțov, was paid by Proca to make false statements" PDM leader declared in an interview for Ziarul Naţional.

He also repeatedly denied the fake information that he is investigated in Romania.

"It is actually a complained made by Platon, written by the hands of FSB, as the they were angry with Chisinau's Government and myself, because in Republic of Moldova institutions have divulged the 22 million US dollars fraud" Vlad Plahotniuc said.

The official spoke of PDM's relations with other pro-European parties: "PDM never attacked another far-left party or Maia Sandu. The only time when we reacted was when we were unjustly accused. On the contrary, we have numerous times suggest for the pro-European opposition to join forces and work together to reach a common aim" Vlad Plahotniuc mentioned.

Earlier, PDM announced that after the parliamentary elections from 2018, it will create a coalition only with pro-European parties.