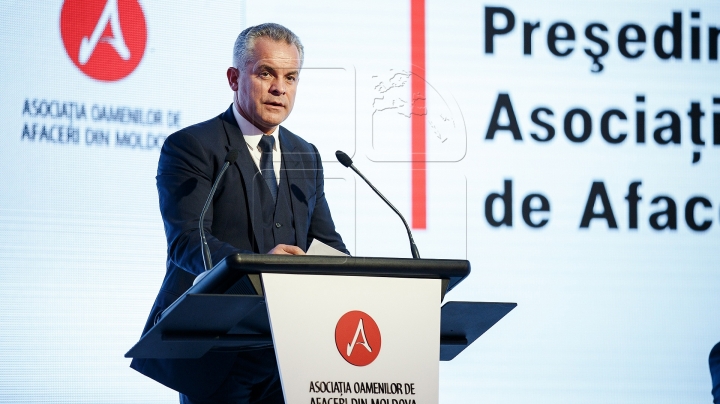 The deputy president of Democratic Party of Moldova, Vlad Plahotniuc considers that the political class of Moldova has to go through a transformation which will go in parallel with the institutional reform.

"I was talking recently in an interview about the reasons people lost their faith in the political class, why they don’t believe even the so-called "new" politicians which are aiming to have the status of nation’s heroes. People started to dismiss all that is related to the political class and I support them. The populism, fakeness and incompetency have plagued the political class. It has to pass through a transformation with should go in parallel with the institutional reform.

All parties have to make changes and to adapt better to the reality, to what people want. This includes the new parties, the pretentious ones that think they are representing the "new wave", but are either satellites of old parties, or some hideous structures of groups with interests totally foreign to people or even the country. I think that all Moldovan parties lack adaptation to people’s real needs.

I think that this is possible, and I would like to start the political reform with PDM, to be an example of a party which was able to modernize, taking into account things people want from politicians, to break the outdated archetype of doing politics, according to which all Moldovan parties are functioning.

We have the biggest chance to succeed, because we have a good, joint, organized team and strong territorial structures. I am sure that after we succeed, other parties will follow our example, and this perspective empowers me even more", declared Plahotniuc.

At the same time, Vlad Plahotniuc declared that he had many discussions with his colleagues from PDM and he proposed to start a big campaign of consultations with citizens, civil society, political experts from the country and abroad, with important national and international personalities, so that they could build together a platform and a political vision adapted to the reality we live in, to the situation in Moldova and people’s needs.

"During several months we will travel throughout the country, to discuss with people, we will analyze their wishes, will search together for ways of fulfilling these wishes in new political instruments, will involve foreign experts with experience in the development of modern parties, civil society representatives, so that until the end of the year we can show up in front of people with an advanced and new political approach, in which the can find themselves.

It is too early to tell how this approach will look, the way we will do politics, the conclusions will be drawn after we will have all these consultations. If we will manage to have a new way of doing politics at the same time the reforms in the institutional zone are launched, the chances of modernization in Moldova and to start a long-term development are very high.

I have the faith that we are on the right path and we will have the support of the citizens and all those interested in a better politics in Moldova" said the deputy president of the Democratic Party.