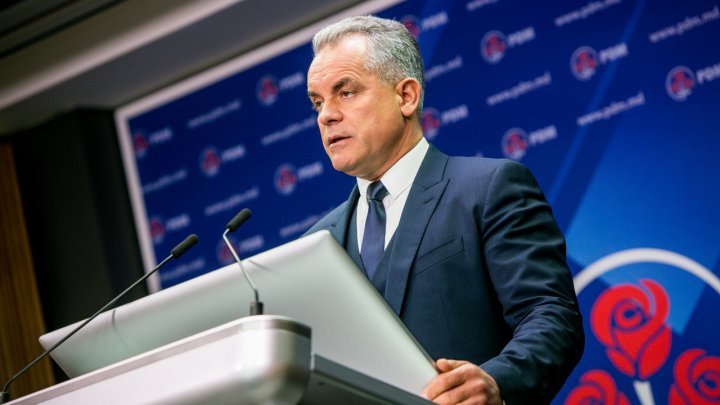 "Among the most important subjects we discussed today were the snap elections from Chisinau. We analyzed all aspects tied to elections, including the political context and the way we will act as a party during the elections. We took into consideration the will of citizens shown in surveys, where people claim to be disappointed by the deeply-rooted corruption from Chisinau City Hall and by the way they were fooled by the Liberal Party. Chisinau city Hall risks to fall into the hands of socialists, as the far-rights parties are split, while the electorate can chose from a few pro-European parties.

We decided that we wish for the Capital to be developed on an European track, for Chisinau to have a responsible administration, for socialists to not be at the helm. Some rushed to blame PDM that the party tries to cancel the snap elections, or organize them in autumn, along with the general elections. There were rumors that the party requests the Government to not offer any money for the snap elections. Those are all lies. PDM believes that snap elections need to take place as the law states.

PDM decided today to support the snap elections from Chisinau with a single pro-European candidate. We will support the person who will gain most favor from pro-European parties. Namely, the support of Party of Action and Solidarity, Liberal Party, Dignity and Truth Platform Party and European People's Party of Moldova. We are ready to support even our critics from the far-right parties, as a single candidate, if they will manage to win the favor of far-right parties. If this candidate has chances to convince the citizens of Chisinau that they can defeat the socialists and, of course, if this candidate has integrity and the ability to run the City Hall.

Despite PDM having strong chances to win the snap elections, we will not run for Mayor, to encourage a single pro-European candidate. Socialists will attempt to use the tensions among pro-European parties, as they have done at the presidential elections. We have to join forces to not lose the Capital.

During the presidential campaigns, PDM has expressed its favor toward a pro-European candidate. It resulted into most of PDM supporters refusing to vote. It is important for this mistake to not be repeated. Those who love making a cheap scene, just to appear on television for a few minutes and caused Dodon to be chosen in 2016, should think more carefully before speaking, for socialists to not use again this chance and gain the same results as in the presidential elections. How can we speak of a pro-European alliance at the general elections, if we cannot come to an agreement for the snap elections? How could people trust in pro-European parties, if their leaders allow pride to get in the way.

If pro-European parties will allow only one candidate to run for Mayor, that person will have all the chances to win. In the snap elections from Chisinau, we, the political party, have to grow politically not only for the sake of the citizens, but also for our development partners. Those elections will also show us a brief glimpse of what awaits us at the general elections.

PDM remains the governing party. The opposition can criticize us, even after our decision from today. We wish for a single pro-European candidate to run for Mayor of Chisinau. We have to prove that we can set aside our differences for the sake of the Capital. PDM's representative who was appointed to negotiate among parties is Vlad Cebotari", PDM president, Vlad Plahotniuc declared.