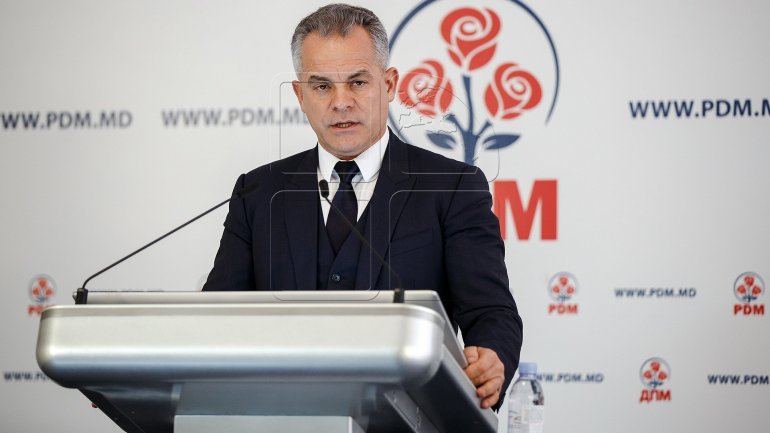 The Democratic Party of Moldova will submit the project of banning foreign propaganda to Moldovan media. Thus, the initiative to secure the informational space of Moldova will be submitted to Parliament today, June 13th. The announcement was made by PDM leader, Vlad Plahotniuc.

"It's about defending the country from foreign propaganda. There is the need to eliminate Russian propaganda coming through Russian TV stations. Moldova is vulnerable to manipulation through media. We have more content from outside the country, than local content. Most of it comes from Russia, and it is scandalous to us and our development partners. Moreover, it's fake. This topic can not be postponed because of the misinformation towards our citizens.

When it comes to informational security of our country, the priority is to find solutions to protect our citizens. The Democratic Party of Moldova will submit in Parliament the project to ensure informational security. The decision was taken today, at the party's meeting. We're talking about a state security issue" , said Vlad Plahotniuc.

At the same time, Vlad Plahotniuc said the project aims to protect the citizens of the country.

"The decision to submit the project to Parliament was taken today at the party meeting. We're talking about security, and we want this issue to be addressed in order for society to see who opposes limiting foreign propaganda" , concluded Vlad Plahotniuc.

The leader of the Democratic Party also said the initiative does not provide for the shutting down of televisions in the country:

"We're talking about elimination of programs with foreign propaganda content."

According to Parliament Speaker, Andrian Candu, Moldova isn't the only state to protect it's informational content.

"The draft bill allows only the broadcast of programs with EU, Canada content. The bill doesn't ban TV channels. The news, analytical programs and military programs will be limited" , said Andrian Candu.