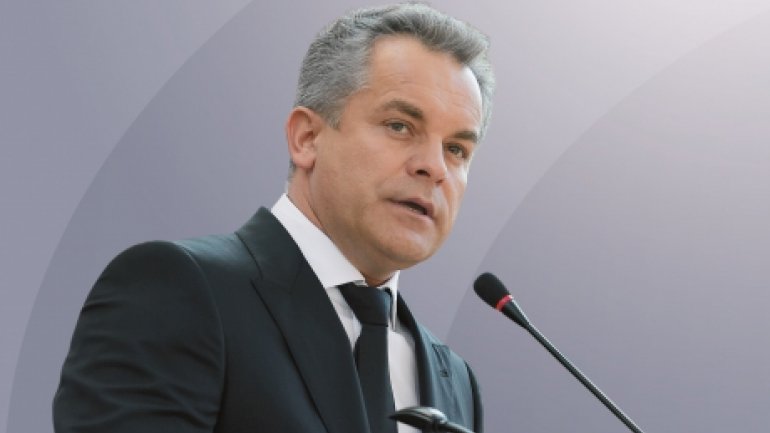 The first deputy president of the Democratic Party (PDM), Vlad Plahotniuc, was surreptitiously filmed at a meeting with PDM representatives to whom he spoke how the Filip Government made both ends meet, which had been the PDM’s role in the ruling coalitions with the PLDM and how much they had used to steal in Moldova.

Plahotniuc said Pavel FIlip had initially rejected the job of a prime minister.

"In naming Mr. Filip as a prime minister it was remarkable that refused it, saying: It’s too responsible for me. That is why the party colleagues insisted and he finally accepted, he couldn’t let the team without a person to be represented in the Cabinet. I want to underline that Mr. prime-minister is modest. He has not told much about what the Government has accomplished, what they have passed through, sitting after sitting, day and night. There was a period when we though to go for elections... But we realized that if it were not us to do it, then nobody would," said Plahotniuc in a video recorded aired by Pro TV.

The PDM first deputy president has told his colleagues it was very hard for the Filip Government at the very beginning.

"Zero credibility, zero external funding. It’s been the first Government without external funding for the last 7-8 years. Initially they did not have the money to pay off the pensions and salaries, and now they have managed to pay off the agriculture subventions. It is very hard. If you realize the amount filling the budget deficit, you’ll figure out how much they used to steal in this country. It was important for us to cover the holes, the frauds, the leakages," Plahotniuc said.

He recognized in front of his colleagues the PDM somewhat was part of the PLDM governing, but the Democrats’ were responsible with certain fields.

"We agree: we were somehow part of the government, but we did not assume the responsibility. We let the PLDM to rule, we acted on small segments, ministerial sectors. What had we got instead? We got an undervalued country, with no trustworthiness, with nervous people, with 30 thousand on the streets when the Government was invested. We’re a super platform, we’re ambitions, organized and we claim we’re efficient. We habe managed to make it, jointly with the colleagues, and I am proud these colleagues are the very best," Plahotniuc underlined.