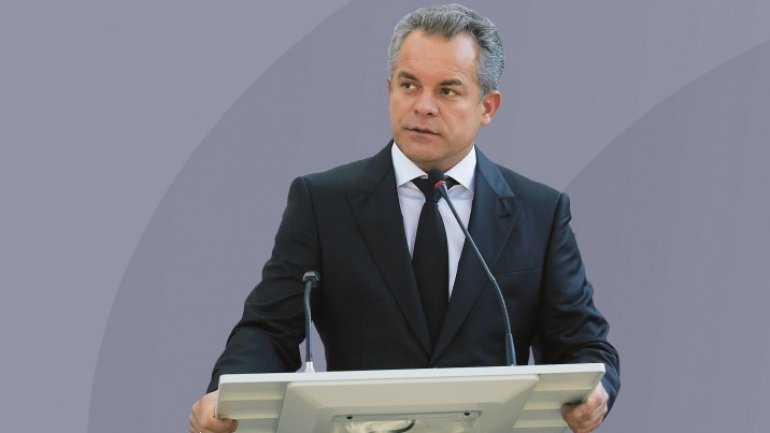 Vlad Plahotniuc has expressed his firm opinion that PDM will do everything within its power to ensure that Republic of Moldova will maintain its European track, for euobserver.com.

The official also contemplated upon the role Eastern Partnership payed  so far. As well as how collaboration can ease our adherence to European Union.

"On 24 November, leaders of the European Union and the six 'Eastern Partnership' (EaP) countries – Moldova, Ukraine, Georgia, Belarus, Azerbaijan and Armenia – will gather for their fifth summit, and the first in Brussels.

Much has changed since the inaugural 2009 EaP summit in Prague.

My own country, Moldova, as well as Ukraine and Georgia, has fully embarked on the path of building a closer relationship with the EU.

We are fully aware that the only way to progress towards this goal is to implement reforms, strengthen democracy and rule of law, and build a sustainable market economy.

It requires political will, courage, and strong foreign support. As our actions in the last two years have demonstrated, we are ready to put in the effort. A consolidated Eastern Partnership, with more efficient and appropriate tools, will only make our task easier.

Despite external and internal challenges, we have made real progress.

Both the Association Agreement and the Deep and Comprehensive Free Trade Agreements between Moldova and the EU has entered into force, committing my country to reforms that are already increasing living standards and bringing greater freedom and prosperity to our citizens.

Time and again, we have proven our commitment to a pro-European course and our readiness for deeper dialogue and cooperation. That is why we must seize the unmissable opportunity provided by the EaP summit to consolidate our relationship with the EU and cement a new vision for the future.

While our country's record has not always been perfect and there is room for improvement, the Democratic Party of Moldova (PDM) political party that I am president of in the governing coalition will do its utmost to implement reforms and ensure Moldova firmly stays on a European track.

Indeed, we are calling for a change to the constitution that would enshrine European integration as a national priority and Moldova's foremost foreign policy objective, insulating this ambition from politicisation.

Our 'Basic Law' will thus reflect the will of Moldovans for whom EU integration is a passport to our country's development and a better quality of life.

The EU's Eastern Partnership is based on a conditionality system that, while fair and practical, needs a boost if it is to remain attractive and efficient for the more ambitious partners."