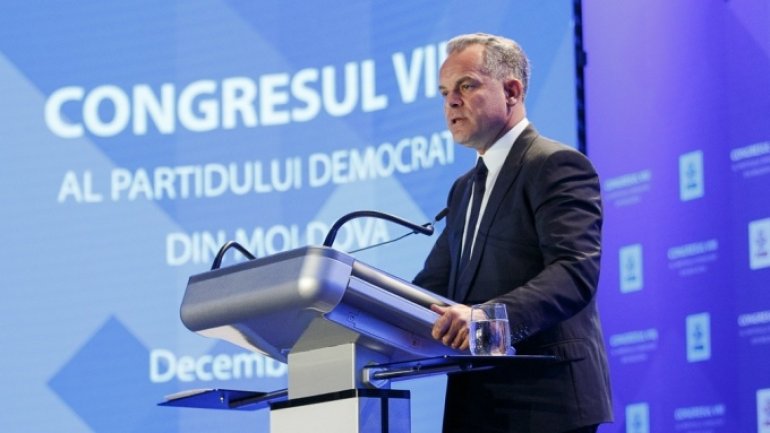 Nobody should feel protected when committing illegalities. It is the message of the new President of the Democratic Party of Moldova, Vlad Plahotniuc. The politician declared at the congress that citizens should change their mentality and this change starts from them.

"All people should understand that the mechanism doesn't work anymore, when they turn to the law enforcement institutions to influence them in their favor. Also, no one should feel protected when doing illegal acts. We must understand that it's time for those who steal to sit in jail, regardless of relationships or connections they have" said Vlad Plahotniuc.

Vlad Plahotniuc also said that the Democratic Party wants to contribute substantially to this change of mentality, which is one of the objectives of the party he represents. PDM president believes that in the future, will be identified the levers through which the citizens will fine those who do not do their job while in office.