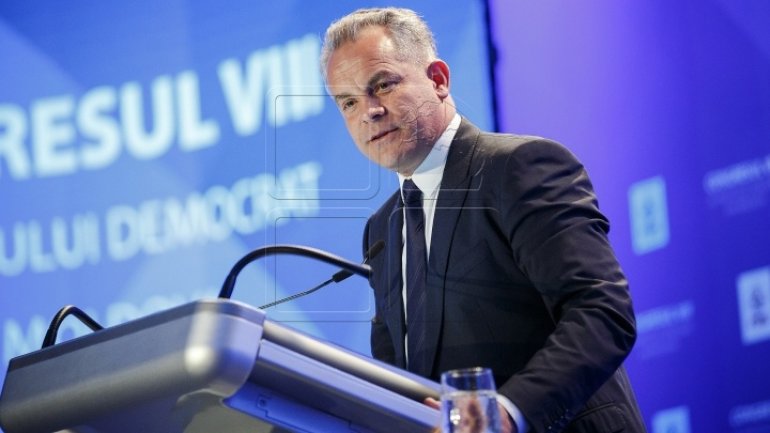 Developing economy, insuring peace and democracy within the region and guaranteeing the citizens’ freedoms: these have been the key issues discussed by representatives of the Socialist International gathered in Chișinău today.

The event has been hosted by the Democratic Party (PDM,) the only party from Moldova enjoying the status of a full-right member of the International. The reunion was attended by secretary general of the Socialist International, Luis Ayala.

The Committee members were greeted by the PDM leader, Vlad Plahotniuc. He has underlined his party is an active member of the International and fully assumes the commitment to develop and democratize Moldova.

"We, as Social-Democrats, believe Moldova needs a new political class, closer to the citizens, more competent, and, certainly, more responsible. Dear colleagues we focus on the social problems of Moldova, because the living standard in Moldova is lower than the one in the European countries," Vlad Plahotniuc said.

Luis Ayala has given as an example the Democratic Party from Moldova as being in power and promoting the social-democratic values.

"This party has passed through elections, is represented in the Parliament, becomes stronger. We have the right and aspiration to chose a good way for the development of Social-Democracy. In Moldova, lately, we started to work more intensely, though we’ve been cooperating for 20 years," said Luis Ayala.