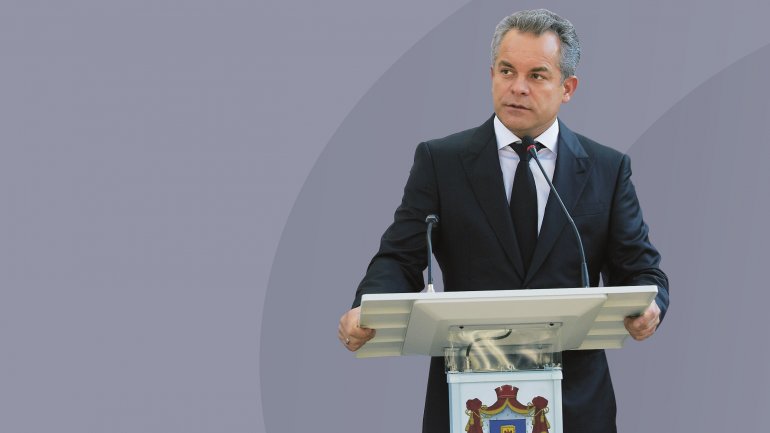 Moldova has to review its foreign policy and not kneel before other powers. The statement was made by the President of the Democratic Party of Moldova, Vlad Plahotniuc, who participated today, June 10th, at the meeting of the National Political Council of the Democratic Youth. The statement comes after the expulsion of five Russian diplomats from Moldova.

"I think that our country should rise from the humiliation and state certain interests when people are being harassed. I insisted that we can no longer play the role of slaves, we must say with dignity that we're small but deserve respect" , said Vlad Plahotniuc.

The PDM leader urged young people to get more involved in different projects to help reform the political class:

"We think the youth needs to get involved in politics. Not because you're most experienced, but you've got the drive, the motivation to change the country"

"This summer, I'm sure there will be more involved in such actions. The advice is very useful because we are the next generation to bring progress" , said Mihaela Petrov, a member of the PDM.

"We aim to reach every village in the country, no matter the political view of mayors" , said Alexandru Cauia.

After the meeting, the Democrat leader took a motorcycle ride and was applauded by his colleagues. At the end, the young democrats took pictures with Vlad Plahotniuc.