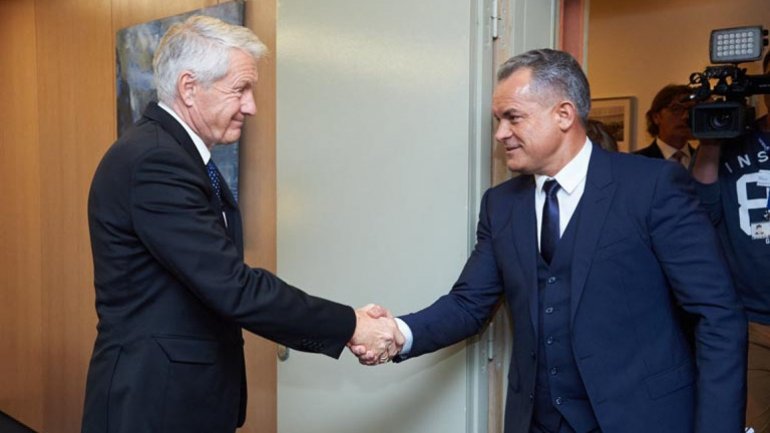 PDM president, Vlad Plahotniuc, is currently on a business trip to Strasbourg, where he met with Secretary General of the Council of Europe, Thorbjørn Jagland.

The two officials have spoken of the Council of Europe's collaboration with Republic of Moldova, the reforms performed in 2016 and 2017 regarding central public administration and justice system, as well as the latest developments in the relations with Transnistria.

Vlad Plahotniuc underlined the importance of the partnership between Republic of Moldova and the Council of Europe, requesting further support from this institution toward Moldova.

"The Government's coalition and PDM support this plan and will offer political support for its implementation. All issues regarding Human Rights and a functional Justice System are very important for Republic of Moldova" Vlad Plahotniuc declared.

Plahotniuc has also expressed his gratitude toward Mr. Jagland for his visit to Chisinau in May, with the occasion of launching Council of Europe's action plan for Moldova for 2017- 2020.

Secretary General of the Council of Europe, Thorbjørn Jagland has shown his appreciation regarding the collaboration Republic of Moldova has with Council of Europe and greeted the positive development with Transnistria, including the signing of the 4 protocols between Chisinau and Tiraspol on 25 November 2017.