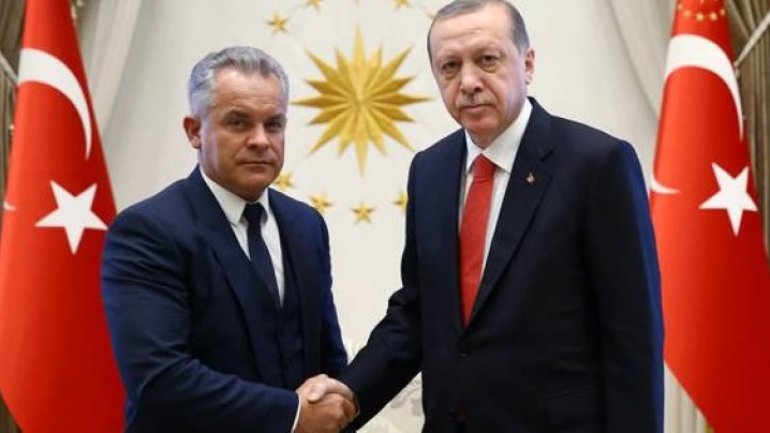 Moldovan Democratic Party Chairman Vlad Plahotniuc today paid a working visit to Turkey. During the visit, he had a meeting with Turkish President Recep Tayyip Erdoğan.

The two officials discussed aspects related to the cooperation between the Republic of Moldova and Turkey, emphasizing boosting economic cooperation and increasing Turkish investments in Moldova.

In this context, the development of free economic sub-zones in Comrat and Ceadâr-Lunga, the Free Trade Agreement with Turkey in service domain and and Moldovan Economic Service in Ankara were also topics on table.

Concerning social aspect, the sides talked through topics of the access citizens of two countries with their green cards in the other territory or the opening of Turkish cultural centers in our Moldova.

Other topics addressed were the security and stability in ATU Gagauzia, emphasizing that Turkey encourages region's citizens to actively integrate in the processes that take place in the Republic of Moldova.