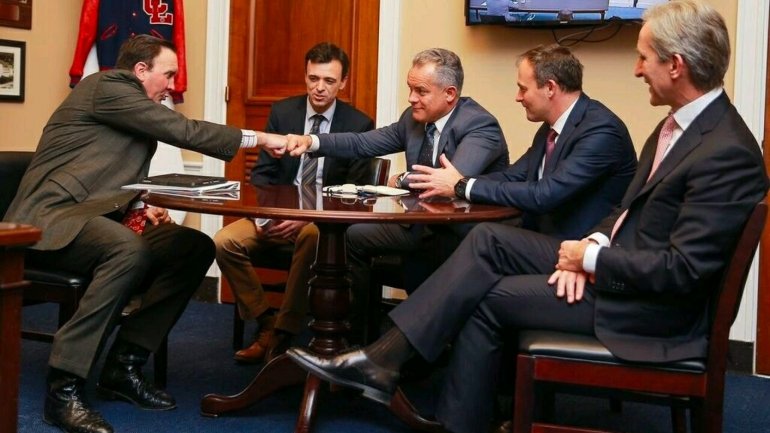 Vlad Plahotniuc spoke with Pete Olson regarding the consolidation of bilateral relations between U.S. and Moldova, as well as the active strategic dialogue between the two countries. The republican congressman said that he was honored and satisfied by the parliamentary friendship group with Moldova. The official also expressed his support toward Moldova's efforts to fight against national security threats, inclusively those coming from Russian Federation.

PDM President has affirmed the interest of the Governing coalition in strengthening the relations with U.S. partners, mentioning the need to develop economic relations, as well as open the topic of regional security.

Like in all the previous meeting with members of United States Senate and United States House of Representatives, Vlad Plahotniuc explained all progresses Moldova reached in reforms and accentuated the governance's wish for the country to continue on the European track.

"Moldova wishes to be a reliable partner for the West and to have the same living standards as First World Countries. For this, we will continue to implement reforms and modernize the country" PDM president said.

At the meeting with Congressman Olson, Vlad Plahotniuc was accompanied by Democratic vice-president Andrian Candu and PPEM chairman Iurie Leanca.