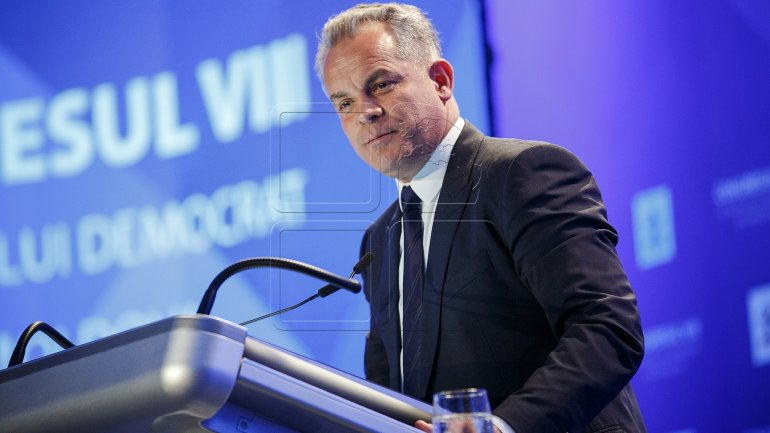 "Nobody should longer feel protected when doing inequalities, we must understand that it's time for those who steal to stay in jail, regardless of relationships or connections they have. We as a party will benefit, as well our country. The populists, clowns of politics that still imagine that the fine speeches will entice people will lose. Will lose those who were accustomed to manipulate people to violent protests or on social networks" said Plahotniuc.

PUBLIKA.MD reminds that Vlad Plahotniuc is the new leader of the Democratic Party. He was voted unanimously by all 900 delegates present at the Eighth Congress of the party which took place in Chisinau on Saturday, 24 December 2016.

During the PDM Congress, the prime minister Pavel Filip was elected as first vice president of the party.