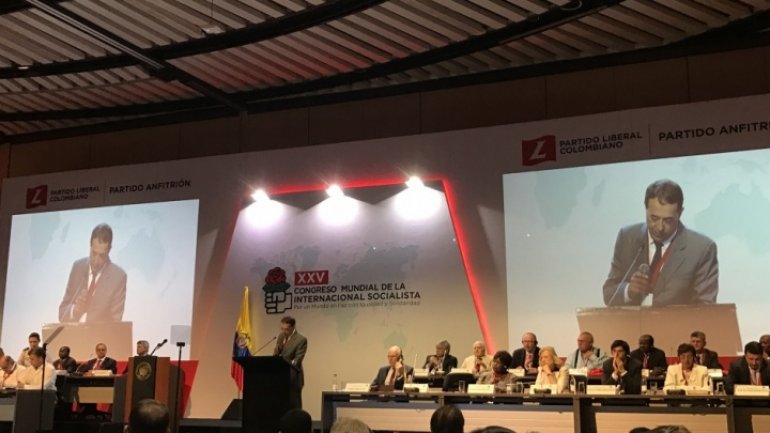 The President of the Democratic Party from Moldova (PDM), Vlad Plahotniuc, was elected as deputy president of the Socialist International at the XXVth congress of the organization, taking place from 2 to 4 March in Cartagena, Columbia.

The Democratic Party from Moldova is of the best endowed leftist parties on the ex-Soviet area, being among the few leftist party ruling in Europe.

The PDM is now represented at the International’s convention in Columbia by a delegation made up from Dumitru Diacov, the Honorable President of the PDM and a member of the Moldovan Parliament and Vladimir Cebotari, a PDM member and Justice Minister.

The Delegation of the Democratic Party from Moldova had a series of meetings with representatives of Social-Democratic Parties from Belgium, Romania, Finland, Israel, Hungary, Azerbaijan and Panama. They discussed the political developments in Moldova and in the states of the interlocutors, as efforts of maintaining peace and stability locally, regionally and globally.

The Convention is hosted by the Liberal Party from Columbia, and bears the name “For a world in peace, solidarity and equality.”

The Democratic Party from Moldova has been a member of the Socialist International since 2012. It joins 153 political parties and movements from the entire world.