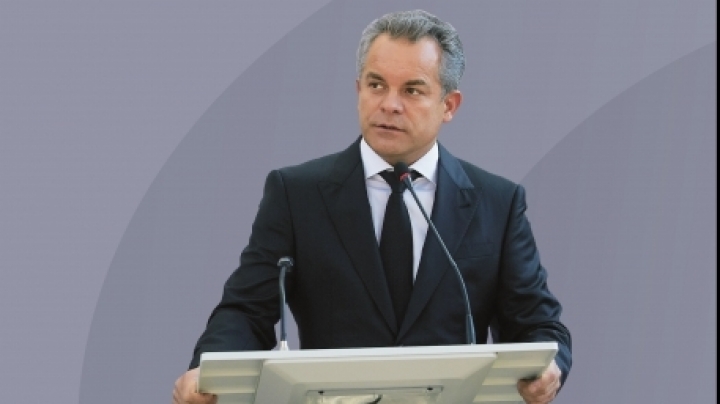 "At a time when British voters have chosen to leave the European Union and politicians in other countries across the region are calling for similar referendums, my country — Moldova — wants to move in the opposite direction.

As a small landlocked country that Russia considers part of its “near abroad”— with NATO ally Romania to the west and Ukraine to the east — we are ready and eager to join the EU and enact sweeping reforms to ensure our nation’s long-term stability and prosperity. From cracking down on corruption, freeing up the economic system  and strengthening the rule of law, these reforms are a necessity, not a luxury.

Europe is our natural home, culturally as well as geographically. While we have long been committed to economic, political and legal reform, the prospect of EU membership is encouraging us to redouble our efforts.

Why is Moldova working so hard to join the Union when many in Western Europe have lost faith in its future? And why should the West continue to support our efforts in this direction?
To some, European integration is a high-flown ideal — not to us. Moldovans are working to build a

Western-facing, free-market democracy and seeking a solution to the issue of the Russian-supported separatist region of Transnistria, internationally recognized as part of our country. As the poorest nation in Europe with 30 percent of our citizens working outside our borders, we must do more to ensure the strength and sovereignty of our nation.

Faced with these challenges, Moldova recognizes the need to join a European community that is free, prosperous and at peace. And the West has a stake in our success.

By building a free society engaged in free enterprise, we will set an example for other post-communist countries. And, by achieving a settlement in Transnistria, we would create a model for resolving other “frozen conflicts” that are all too common in Eastern Europe, the Balkans and Central Asia.

Much of our progress could be in peril on October 30, when Moldovans elect their next president. We have a choice to make: continue on the path of progress or side with pro-Russian hardliners who question the promises of a free market.
Anti-reformers, in the hope of stalling ambitious reforms and covering their own tracks, have demonstrated the lengths to which they will go — including attacking me for various crimes without a shred of evidence. But this is not about me — this is about putting Moldova on a long-term path toward Western alignment.

Moldova’s Association Agreement with the EU increases connectivity and trade with Europe and provides practical incentives for our economy to diversify and modernize. Our recently negotiated “roadmap” will bring us closer to the EU and commits our country to comprehensive reforms.

One of the toughest challenges we face is corruption. Almost $1 billion — about one-eighth of our gross domestic product — was embezzled from three of our major banks. Our government, led by the Democratic Party of Moldova (PDM), which spearheads the ruling coalition, is committed to tackling this dangerous problem. We have criminalized the misuse of EU or other international funds, increased the penalties for corruption and required public officials to disclose the sources of their incomes and wealth.

We are also encouraging economic liberalization and creating a pro-business environment. We are expanding bilateral trade with the EU, which now buys 62 percent of our country’s exports, and promoting the rule of law — a prerequisite for economic growth — by strengthening the independence of  the judiciary and law enforcement.

As reflected in our progress toward EU membership, Moldova wants to align with the West. But our European allies must understand that we can be pro-Western without being anti-Russian. Moldova wants to work with all of its citizens and neighbors to stabilize the region and resolve its most difficult challenges in a constructive, transparent and mutually satisfactory manner.

The first step toward a peaceful resolution is achieving a sustainable solution to Transnistria. Moldova and Russia must be able to thaw out the “frozen conflict” in this breakaway region, whose “in dependence” is not recognized by any member of the United Nations.

Despite the tensions between us, Russia remains Moldova’s second- largest trading partner after the EU. Our countries should continue to discuss how to increase and improve our commercial relations. Our Western friends should support us as we fulfill our dream: a free-market democracy that respects the rule of law, looks toward the West and is at peace with its neighbors.

Vladimir Plahotniuc is the executive coordinator of the Moldovan Government Coalition Council and deputy chairman of the Democratic Party of Moldova."