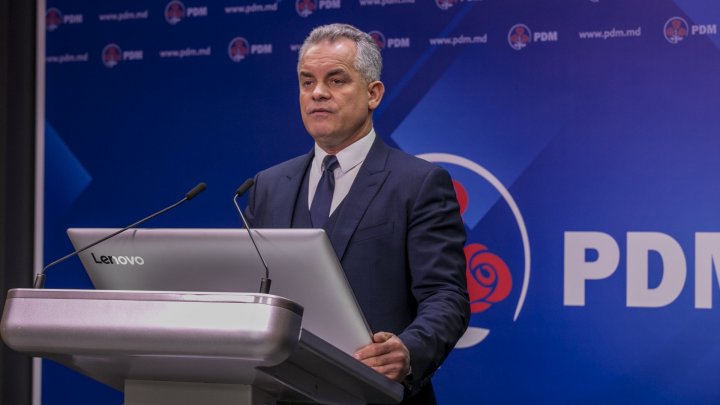 Democratic Party of Moldova condemns that act of local councilman Iurie Groza, who committed a hit and run in Corjeuţi village, Briceni district. President of PDM, Vlad Plahotniuc, declared at the party's weekly press conference, adding that the deputy will be excluded from the party.

"We spoke today on the hit and run, committed by councilman Iurie Groza, in Briceni. Democratic Party greatly disapprove his behavior, both before the accident, for deciding to drive while drunk, as well as after the accident, when he fled the site. We do not tolerate such irresponsible and cowardly behavior from anyone" Vlad Plahotniuc mentioned.

Here, PDM requested the Bureau from Briceni to take all necessary actions, to exclude councilman Iurie Groza from the Democratic Party.

PUBLIKA.MD reminds that a 7-year-old child fell victim to a drunk driver, who proved to be a local councilman from Briceni. The child was hit on a road from Corjeuţi village, Briceni district, on his way home, with his mother, from the church.

When the ambulance arrived the child was still conscious, but passed away on the way to the hospital.