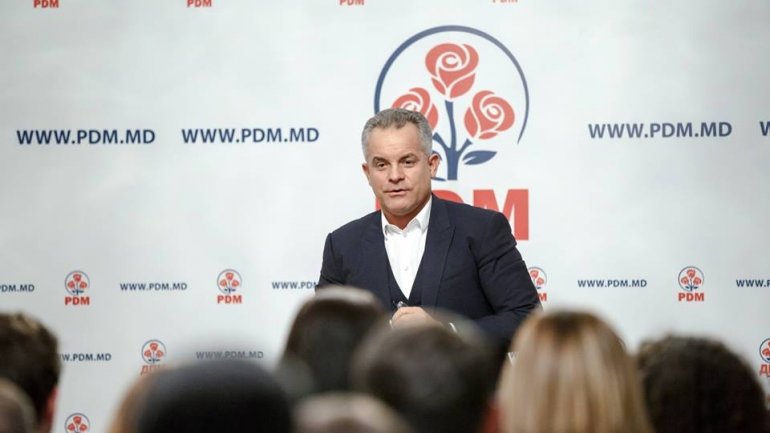 Yesterday, February 8th, 2017, the Democratic Party of Moldova has celebrated 20 years of existence.

On this occasion, the President of PDM, Vlad Plahotniuc has posted a message on a social network.

The Democrats' leader said he really wanted to meet the young people of the party on this special day.

"Because today is a special day for Democratic Party of Moldova, I really wanted to mark it with the younger generation of the party. It was an informal dialogue, pleasant and hopeful. We talked about the party, we shared experiences in politics and in life, we made plans for the future" , wrote the PDM party leader.

Vlad Plahotniuc added that he told his younger colleagues that PDM is strong because it has team spirit, because he knew how to attract dedicated people among which are future deputies, mayors, ministers.

Founded under the name of "Movement for a Democratic and Prosperous Moldova" and having as first president Dumitru Diacov, the Democratic Party of Moldova has campaigned from the start for a democratic and social Moldova, ensuring rights and fundamental freedoms, and being careful for the needs of its citizens.
AFLĂ imediat Știrile Publika.MD. Intră pe Telegram