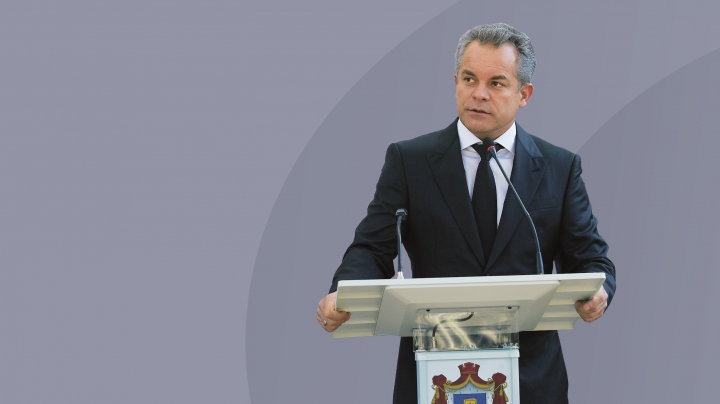 My political project is to ensure the stability in the country and to support the Government in all what it does for the economic revival and the state reformation. It is the statement given by the first deputy president of PDM, Vlad Plahotniuc, during an interview for Timpul.

"My political project is more exposed and clear than before. Some may not understand why this is such an important objective, but I assure you that it is a vital one for Moldova. After so many years of instability and fluctuations in economic area, it is important for this subject to become a strategic concern. And I think that at this time, the peace in the country and the increase of efficiency of institutions is more important than any other function and any candidature" has mentioned Vlad Plahotniuc.

When asked if people still have faith in the politicians’ projects, the first deputy president of PDM said that not quite, because Moldovan people are disappointed.

"They don’t really have faith, and I understand it. Moldovan people are very disappointed by the politics, were created huge expectations during the years, after which they passed through big disappointments. We have the tendency to create fake idols to give too much credit to alleged political heroes that are wrapped in a shiny package until they get the votes, after which they don’t do anything. But it is important for people to learn from these disappointments and to not let themselves be fooled, to not be generous with populist politicians and with other future aspirants to the position of nation's hero. I would send people the message to not believe in what politicians say, to not believe even me, to ask from us all specific actions and results, and then to judge each of us after all we did. And when politicians come to them with promises, to not listen to them, but to send them to work" said Plahotniuc.

At the same time, Vlad Plahotniuc says that people’s faith is won through actions and results, not promises and speeches: "I wouldn’t vote ever a politician just for his words. Of course I have my sins. As a politician, businessman, as a simple person, and simply, I made mistakes. I am not a saint. None of the politicians are saints. Who will say that is different, is lying, is cheating again. I am Moldovan, with all our good and bad things, I like to live my life with passion, including my work, sometimes of course I make mistakes. But I never came in front of people to make promises, I did not cheat people in order to earn votes, proof being the fact that I was never actively preoccupied to have a positive image".