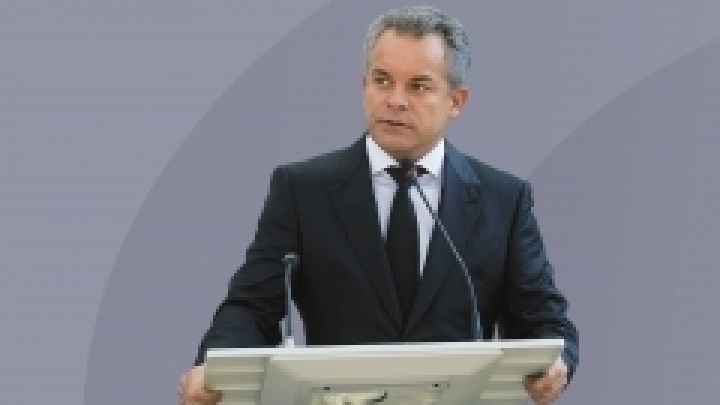 According to him, the demonstrations were conducted by Victor and Viorel Topa mobsters, but also by the number 1 raider in the CIS, Veaceslav Platon, and a group of Renato Usatîi.

In an interview for the tribuna.md site, Plahotniuc argues that the government understood people's discontent and undertook reforms demanded by society. But clans who profited from protests and escalation of the situation in the country  were bothered by it, and want to throw Moldova into a deep crisis.

The democrat referred to the criminal fugitives Victor and Viorel Topa, the leader of Our Party, Renato Usatii and Raider number one in CIS, Veaceslav Platon.

"I find it very dangerous that lately, they have shown that they are able to do more harm for Moldova's abroad image, intoxicating the international media with false and extremely dangerous  information for the country" , said Vlad Plahotniuc.

Referring to Veaceslav Platon's accusations, the Democrat said that there is nothing new, given that there is already a tradition that everybody involved in the banking fraud have come with the same message.

"Platon did not manage his money, he was just the man of the money laundering schemes. He and all his group attack me, hoping that I will intimidated. I will not give in to these pressures. Justice will do its job, the State damage will be recovered, thieves and corrupt people will sit in jail" , said Plahotniuc.

PDM first deputy also said that former CNA officer, Mihail Gofman, was the key man in all the major money laundering scheme in Moldova. Plahotniuc points out that Gofman, for fear of being arrested, fled to the US, and now is trying to victimize and to conceal his involvement in laundering of 20 billion dollars.

The democrat has referred to the visit of the "Dignity and Truth" party leader, Andrei Nastase, the wedding godson of Victor Topa mobster to the United States. The politician joked that Nastase gave no details about his overseas trips.

"What details did he gave you, he flew to the US to testify at Mc Donald's? Let's face it, the boy has not yet overcome his clown image, you just see he walks like a giddy from country to country and nobody wants to see him. Let him walk from one fast-food to another in the US and Europe" , said Vlad Plahotniuc.

Asked if he would stand behind the arrest of 15 judges for 20 billion dollars money laundering through the Moldovan banking system, Plahotniuc said that if would have been possible, he would approve and advance such actions:

"I perceive now in advance the approval of such subsequent actions, even without knowing what the matter is about. If beneficial things depend on my approval, I consent to establish order in the country."

Plahotniuc stressed that the customs sector, health and other important ares for the citizens will face general cleaning.

Also, PDM first deputy chairman said that the current priority of the Government is signing the agreement with the IMF, along with reforms expected by citizens.

Vlad Plahotniuc: PDM will do everything necessary for elections to be transparent, will insist on foreign observers