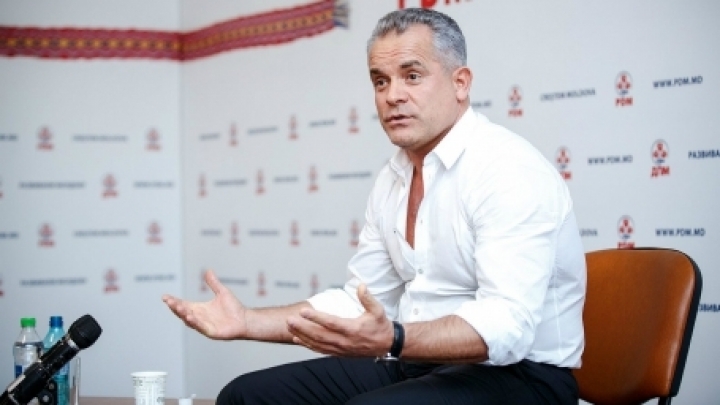 PDM first deputy president Vlad Plahotniuc has given an interview to tribuna.md,in which he has talked about elections, Veaceslav Platon’s accusations and arrests of judges.

Asked who is leading the groupings having organized the protests, Vlad Plahotniuc has said it’s not only one person, but a much more complex entity:

"They were conducted by the dirty interests of top members, it’s the Țopa clan, the Platon group, Renato Usatii's little group. They overtook several parties, journalists, officials, inserted their people into the civil society, in order to have a more credible access including in the diplomatic area.

“All those have become visible and later will become incontestable. What I see as rather dangerous is they have lately proven they are able to damage Moldova’s image abroad a lot, intoxicating world media with information false and extremely dangerous for the country."

"All those arrested already tell the same story. As soon as one sees an arrest, my name emerges. It’s also a message, which – analyzed beyond their self-victimizing campaigns – you’ll uncover useful information.

Platon’s situation is rather complex, hence the concern for his case is very big on behalf of the ones having co-participated in all his felonies, both in Moldova, and abroad, the ones staying behind him. Since it’s already obvious that Platon did not manage his money, he did not have such money, he was but the man with the laundering scams."

"They hope they will intimidate me, I will allegedly do my best to help him out, and instead they will start not accusing me. I certainly won’t yield to these psychological pressing, they can go on accusing me of anything. Let the justice be done, let it do it objectively and fairly, while the damages brought about to the state shall be recuperated and thieves and the corrupt shall stay in jail."

Within this context, Vlad Plahotniuc says laws aimed at strengthening and cleaning up the banking system will be passed:

"What I can do is -- jointly with the coalition colleagues – supporting the Government and the other institutions responsible with passing those laws, so that, if tomorrow other Platons appear they should not be able to do the dirty things they did. I assure you we’ll solve this problem soon."