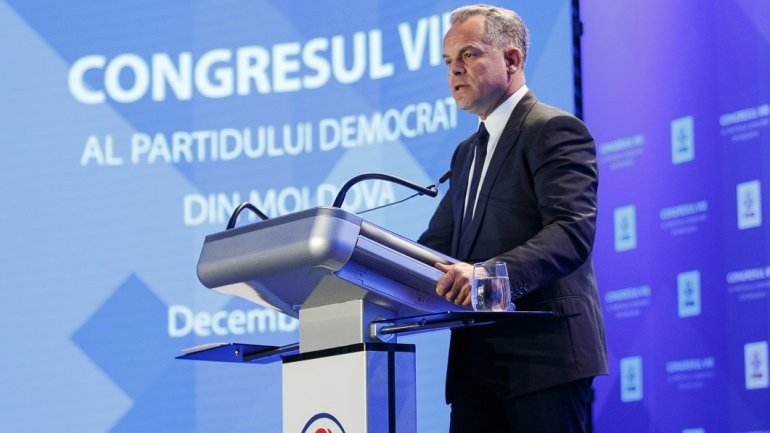 Democratic Party convened today at the eighth congress of the party, during which the members decided for Vlad Plahotniuc to be the new chairman of the party.

"Your vote is a huge responsibility. Thank you for the confidence, for courage because we did not promise an easy road, but at the end of the way the success is awaiting for us. The objective is clear, we have the best organizations in the territory. We are destined to succeed. The winter holidays are coming. I want you to spend it in a warm atmosphere. And after the celebrations to begin in force the political, parliamentary and governmental activity"said PDM president Vlad Plahotniuc.

Democratic Party of Moldova is one of the most powerful political party in the country. It was created in February 1997 with the name Movement for a Democratic and Prosperous Moldova. PDM is a center-left party, equality, solidarity and freedom in society.

Since its founding until the summer of 2009, the party was led by Dumitru Diacov, subsequently the leader of the Democrats becomes Marian Lupu, who was chairman of Parliament in 2005 - 2009. Lupu is Vice President of the Socialist International, and in November he was elected co-chair of Euronest Parliamentary Assembly. Following the parliamentary elections in 2014,PDM reached the legislative, after gaining about 16 percent of the vote.

The faction has 20 MPs and the PDM vicepresident, Andrian Candu, is the head of parliament. After the 2015 local elections the Democratic team had 396 mayors and about 3,000 municipal, district and local councilors, and 11 districts in the country are led by members of PDM.