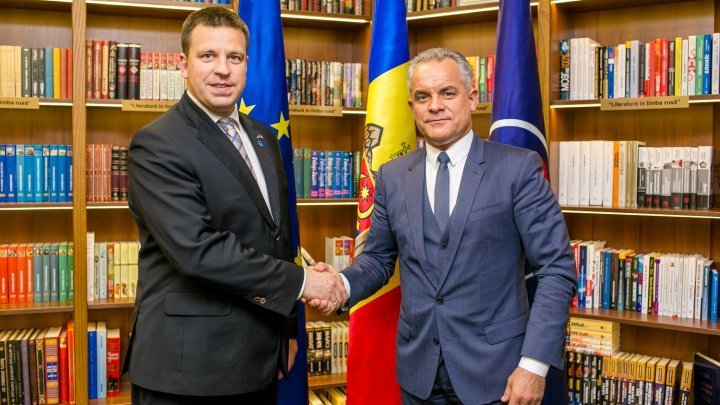 Estonia is an example for Moldova in the European path of our country. The statement was made by the leader of the Democratic Party of Moldova, Vlad Plahotniuc, who had a meeting in Chisinau with Estonian Prime Minister Jüri Ratas.

The President of the Democrats thanked the Prime Minister of Estonia for the support given to our country and declared that the European Union's help brought fruitful results to the Moldovan economy and contributed to the welfare of the citizens.

Vlad Plahotniuc also said at the meeting that he was trying to create all the necessary conditions for those who went abroad to come home.

Estonian Prime Minister Jüri Ratas appreciated the reforms implemented by the current government, and invited our country to draw inspiration from the country's experience in areas such as medicine, education or IT.