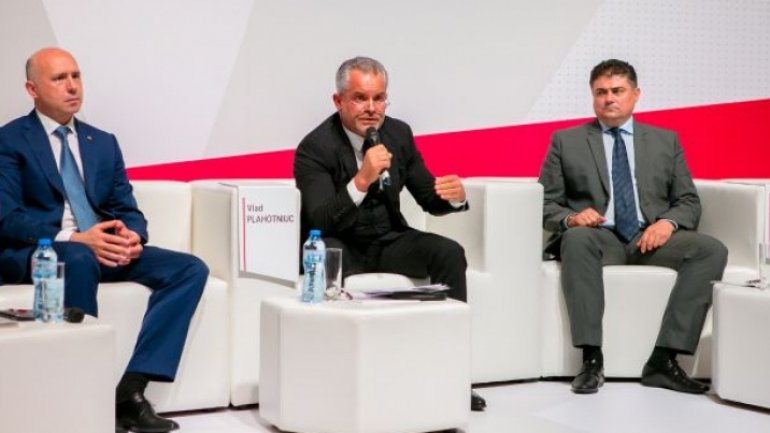 The Business People Association from Moldova (AOAM) today hosted the Economic Forum for Dialogue and Development, which joined representatives of the Moldovan businesses with government officials.

The business sector has been represented by 20 business associations, including an array of bilateral trade chambers) and about 400 business people and managers.

The discussion was opened by the host of the Forum, the AOAM’s founding president, Vlad Plahotniuc, who expressed his confidence the dialogue would have positive impact over strengthening the relations between the entrepreneurial sector and the state.

"We want a real, concrete partnership between the business sector and the ruling class. Many good things may come out from our communicating," said Vlad Plahotniuc.

He has added there must be established a zero point from which the state would clearer commit to back the business sector, while the businesses would commit to be fair in their duties to the state.

Premier Pavel Filip has counted a series of steps undertaken by the government for the last 18 months to support the business sector and has specified those measures have had positive effects both for companies and for the economy.