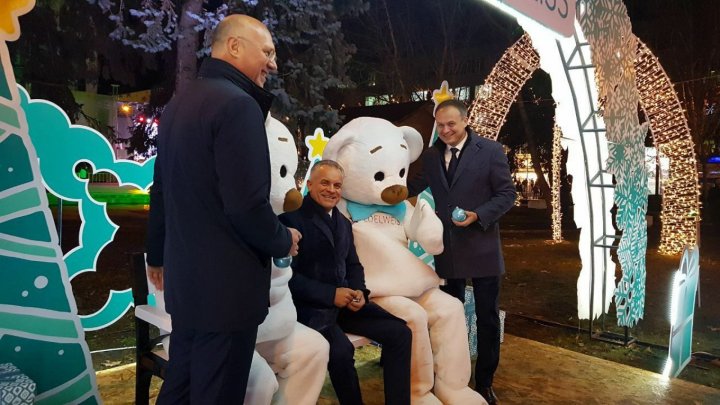 Vlad Plahotniuc, Pavel Filip and Andrian Candu visited the Christmas Fair yesterday evening. The three officials admired the Christmas tree, walked around and made photos with the visitors.

The President of the DPM received a present from a man who came from Larguta village, Cantemir district. This man sang a carol for Vlad Plahotniuc.

According to the tradition, the leader of DPM and the other two officials gave him money. Then, the man invited them home.

After the carol, the officials tasted the food and the boiled wine from the exhibition.

People were surprised that the three of them came at the Christmas fair.

The three of them also have been at Edelweiss stand and made photos.