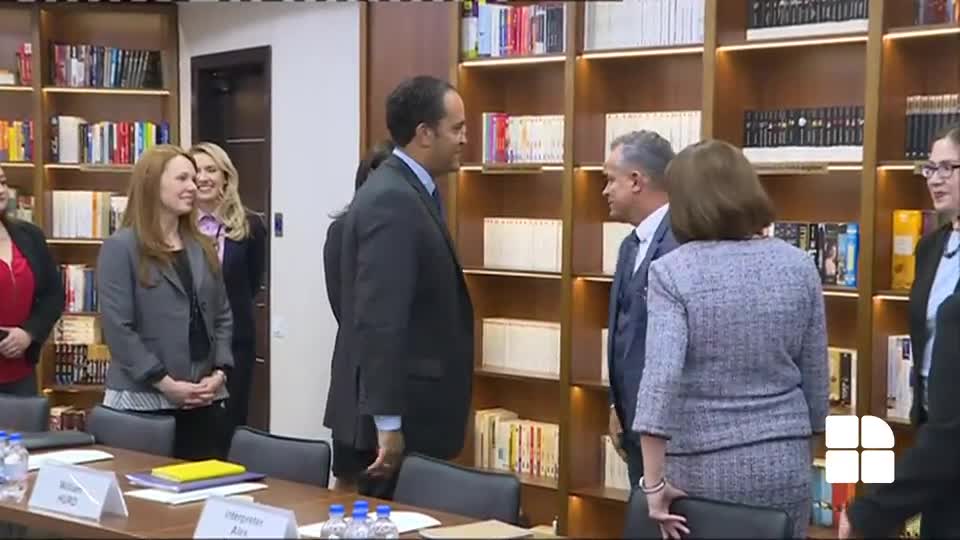 Consolidation of relations between Moldova and the US, the progress of reforms in Moldova and the support provided by the United States to our country were the subjects discussed at the meeting between the leader of the ruling coalition, Vlad Plahotniuc, and the American Congressman, William Hurd.

The leader of the democrats thanked his interlocutor for the US support for Moldova. Mr. Plahotniuc also presented the measures they enterprise to consolidate institutions and fight against corruption.

"We had a pleasant and useful discussion, as we spoke about all actions the government has taken so far. We have also talked about the way we shall proceed further on our way to modernize the Republic of Moldova. I thanked Will Hurd for the support provided to the Republic of Moldova", said Vlad Plahotniuc, the President of DPM.

In his turn, the American Congressman appreciated the efforts of our country on its way of getting closer to the West. William Hurd also welcomed the progress achieved by the Republic of Moldova in the settlement of the Transnistrian issue. The official expressed regret that Moscow doesn't respect the international agreements regarding the situation on the left bank of Nistru.

"Moldova is on the first who faces Russian aggression, hybrid war and Russia's attempts to destabilize the situation in of the country. Moldova is doing everything possible to stop it. The future of Moldova is certainly with the West", said William Hurd, Congressman.

The two officials also discussed about thevision of the ruling coalition with regarding the geopolitical situation in the Eastern Europe.