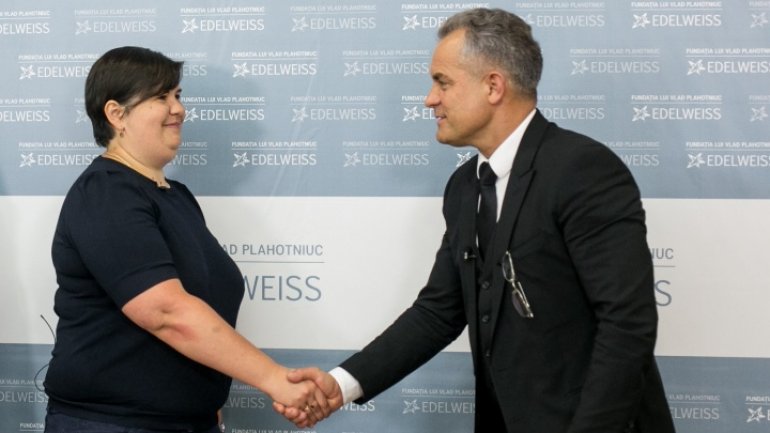 The founder of the Edelweiss Foundation, Vlad Plahotniuc, has met with Victoria Dunford, the founder of AO Moldova Aid and congratulated her for her charitable work in Moldova.

Victoria Dunford has thanked Vlad Plahotniuc for supporting AO Moldova Aid in the project on the Phoenix Center and has said the support "came exactly when the center was in need."

Vlad Plahotniuc has thanked Victoria Dunford for helping people and for not forgetting the people from Moldova, though living in Britain for years.

The Edelweiss Founder has appreciated her work with the Moldovans overseas: "It’s important to find a way to return them home, but we know we must make for them conditions to live in Moldova. Some leave to seek jobs, others to study. It’s not a problem if people leave; it’s a problem if we do not change things here for them to come back to their country."

In 2015, Dunford opened, in the northern town of Rîșcani, the Phoenix Center for disabled youth.

The British Queen awarded her the British Empire Medal for her supporting disabled children, in 2016.

Victoria Dunford has said she seeks further cooperating with Vlad Plahotniuc. “Due to good people and the actions of these two Foundations, we hope everything will be ok,” she said.

The two Foundations will unfurl joint projects for disabled in Moldova.