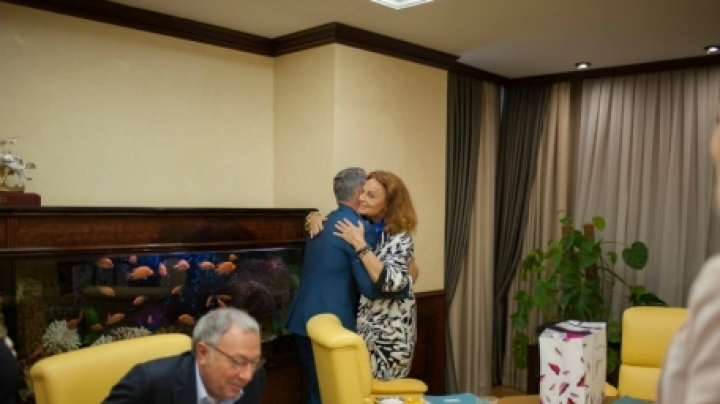 The founder of the Business People Association and the president of Edelweiss Foundation, Vlad Plahotniuc, has had an informal meeting with one of the most famous and praised American designers, Diane von Furstenberg.

The legendary fashion-maker, the head of the US fashion designers board and holder of numerous awards in the field, has visited Moldova.

The renowned designer has Moldovan roots. Her father an grandmother are of Moldovan descent.

Diane von Furstenberg’s success story is impressive by the way she has built – step by step – a career of world importance, Vlad Plahotniuc wrote.

He says he has discovered more things they have in common, as ambition and wish to demonstrate performance, concern for charity projects, including for a possible future cooperation in this field.