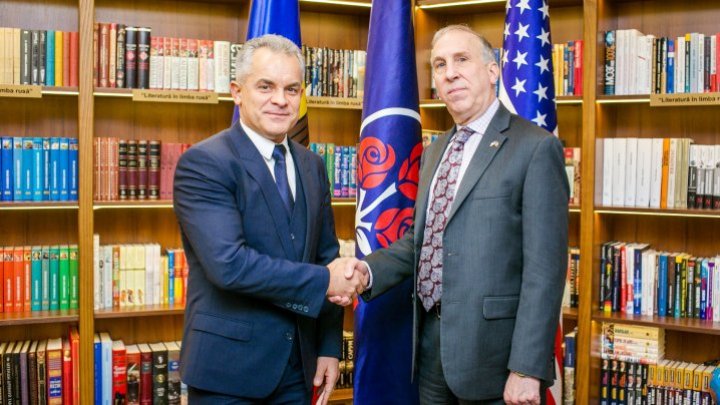 Reforms promoted by Government and Parliament, as well as our country's priorities for 2018 were discussed by PDM president, Vlad Plahotniuc and United States Ambassador to Moldova, James Pettit.

The two officials have expressed their interest in intensifying cooperation between Chisinau and Washington in various fields.

This week, congressman David Price and Pete Olson submitted a resolution requesting Government of the Russian Federation to fulfill its commitments made at the Istanbul summit of the Organization for Security and Cooperation in Europe in 1999 and to withdraw its military forces and munitions from within the internationally recognized territory of Moldova.