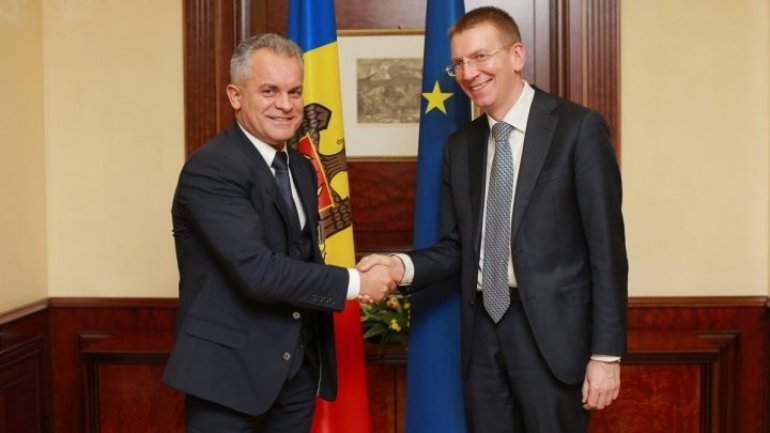 PDM leader Vlad Plahotniuc had a meeting with Latvian Foreign Minister Edgars Rinkevics on his official visit to Chisinau on Tuesday 7 November.

Vlad Plahotniuc told the Latvian official about the main reforms made in the last two years in Moldova, emphasizing the importance of their continuation.

Plahotniuc mentioned that the direction we are pursuing keeps the results the government has.

The International Monetary Fund and the Republic of Moldova have reached a new agreement whereby our country could receive 22 million dollars.

The PDM leader was confident that Moldova will have a pro-European government after the next parliamentary elections.

He also presented to the guest of Latvia the PDM initiative to combat foreign propaganda in the Republic of Moldova.

Edgars Rinkevics said Latvia remains a supporter of the Republic of Moldova, its European path and reforms in our country. The Latvian Minister also expressed the willingness of Latvia to cooperate and exchange experience in combating hostile external propaganda.