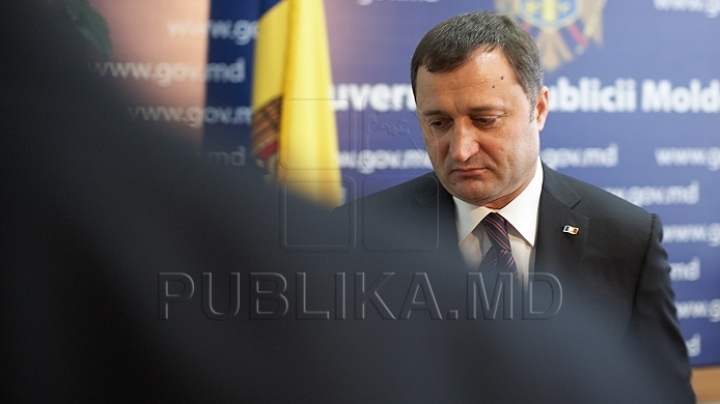 Former prime minister Vlad Filat has been sentenced today to 9 years of jail for passive corruption and traffic of influence. The sentence given by the Buiucani trial court will be contested by prosecutors, which asked for a sentence of 19 years in jail.

Vlad Filat was brought to the trial under the escort of the guardians from “Pantera”. To the trial court also came some supporters of the former prime minister, including deputies and the new administration of the Liberal Democratic Party. The trial process has started with the last words of the defendant in the case in which he is charged with corruption. Filat talked for approximately two hours in front of magistrates, but according to prosecutors, the former prime minister did not manage to convince them that he is not guilty.

After two hours of deliberation, Filat was sentenced to nine years of jail. The judges have also decided to seize his goods illegally obtained, some of them being cars, luxury real estate, lands in the center of Chisinau, and shares of the companies “Kapital Invest” and “Ipteh”. Their value reaches approximately a billion lei.

At the same time, the “Order of Republic”, given to Filat by the president of Moldova, was taken away.  Also he was obliged to pay a fine of 60,000 lei and was prohibited to have any public positions for a period of 5 years.

But the prosecutors do not agree with the sentence. Adriana Betisor has declared that she will contest the magistrates’ decision, because it wasn’t taken into consideration the austerity of the acts done by the former prime minister.

Filat’s lawyer says that he will contest the decision, even though he admits that the defendant has committed some mistakes.

Some political analysts consider the sentence too mild.

Vlad Filat has been detained on 15 October 2015. He is accused of traffic of influence and passive corruption. All started from the information given by the businessman Ilan Shor, who said that Filat took from him money, goods and services in the amount of 250 million US dollars.

The mayor of Orhei is now detained in the jail of the Anti-corruption National Centre, after being arrested for 30 days.