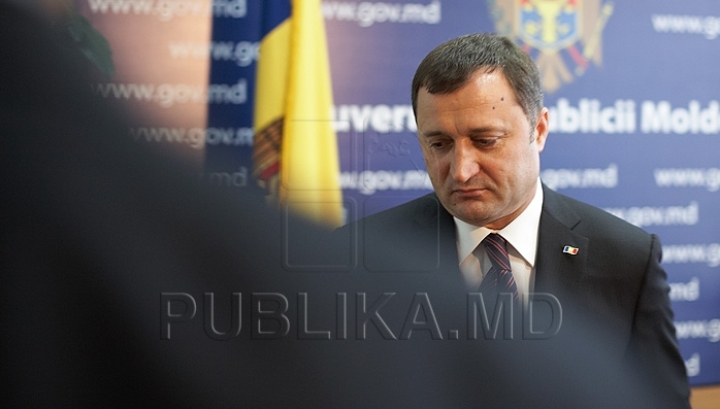 People are heard by force in Vlad Filat’s trial. Three witnesses of the defense were interrogated on Friday’s session in the trial of the former prime-minister. According to the prosecutor, those people said nothing relevant. The witnesses attended the trial, after Filat’s lawyer had asked to bring them in by force.

"So I told them about the events from the period 2013- 2015 that happened in the Government", said Bănăruc.
"I have told them information related to Unibank and Banca de Economii. I was invited, I told so the court," said Franzeluţa’s former C.E.O.

MP Chiril Lucinschi says he has been asked if in 2013 on Vlad Filat’s birthday he and businessman Ilan Shor attended the party: "Yes, I saw him. Mrs Beţişor asked me about my relationship with Ilan Shor. I have told her I known him since childhood. I we not communicate now.”

"I convince myself again and again they don’t have what to tell the court. I thought some of them might try and combat some of the defense’s evidence, but no way. I don’t figure out what is the purpose of bringing those witnesses to court," said Anticorruption prosecutor Adriana Beţişor.

Vlad Filat’s lawyer, Igor Popa, says other witnesses will be brought to the court the next session.

"Some witnesses will be brought by force, although that had been viewed by the court and by me as not timely earlier. There was no proof that those witnesses were duly informed", said Beţişor.

Vlad Filat is prosecuted in a corruption suit being accused of passive corruption (bribe soliciting) and traffic of influence.

He was detained on October 15, 2015, after Orhei’s mayor and businessman Ilan Shor acknowledged he had given Filat a bribe of 250 million dollars.