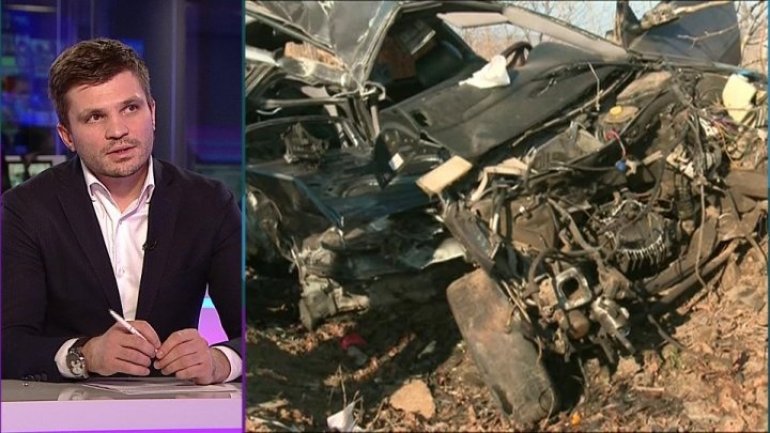 Vlad Burac, the head of the IGP Press Service confirmed the latest details of the terrible accident in a PUBLIKA talk show.

"From the preliminary data, it was found that the driver drove at a speed of 105 km/h which exceeded limit for this part of road.

"The passengers sitting on back-seats did not put on seat bells and the child did not have special chair.

"Another important aspect regarding the car is it was not equipped with winter tires.

"The younger driver wore seat belt and exceeded the speed limit in 2015. That driver did a dangerous maneuver while R2 is not the road for excessive speed.

"The child was 16 months. Her mother remains in critical but stable condition. She suffered many injuries.

"A special committee was created to investigate the case.

The survivors are likely to recover. The doctors are making their effort," said Vlad Burac, the head of the Press Service of the IGP.