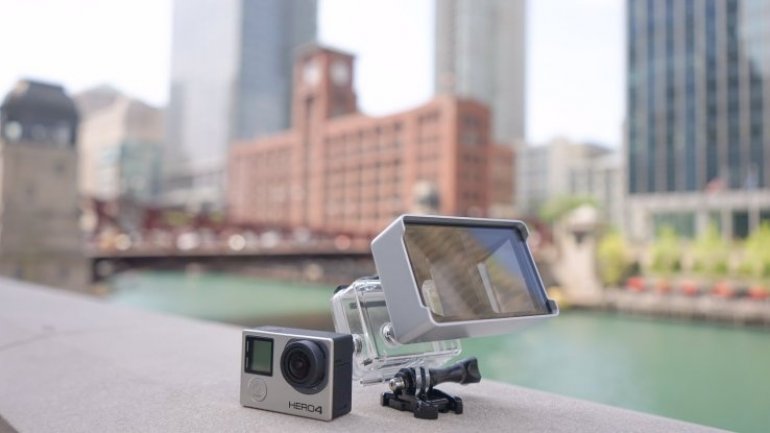 If there was a product that could make you dig out your dust-collecting GoPro from the “misc” drawer and turn it into a 3D-filming camera, would you buy it? Of course you would; 737 people said “yes, please” in the Vitrima Indiegogo campaign, backing it to breathe some life into their GoPros. Shipping today, the product is available to order for $145 from the company’s website, techcrunch informs.

With the Vitrima 3D video lens, GoPro HERO3 and HERO4 users are offered the option to add a layer of immersion to their action-camera antics. The product essentially adds a pair of periscopes to your GoPro. On the left side of the camera it films the left eye, and I’ll leave it to an exercise for the reader to figure out what happens on the other side of the assembly. The video can be viewed back without any additional processing; play it on your phone using a Google Cardboard-type setup and you’re good to go with beautiful 3D video. Cheap, cheerful and easy as can be.

“With the Vitrima lens, GoPro users are not only recording a video but a full experience that can be relived,” Colin Marshall, vice president of Vitrima told me. “We set out to create a 3D GoPro camera that not only allowed GoPro fans to share their experiences with anyone and everyone, but also is simple to use and affordable.”

The Vitrima product is pretty similar to Kúla’s 3D beam splitter lens for SLR cameras. Incidentally, Kúla recently announced Bebe, a version aimed at smartphone users. Alongside Vitrima’s GoPro version, it looks like this market is now filling up with options for fans of lens-splitting 3D photos and video footage.

For such a simple solution, you’d be forgiven for thinking that the final result doesn’t look great, but you’d be wrong. Check out the video below, for example, illustrating beautifully how the technology works. The Vitrima has an edge over Kúla’s products, reflecting its action sports credentials: By sealing the unit, it means it’s far easier to clean the lenses when they invariably get covered in snow, mud, water or whatever else the byproducts of your no doubt tech-unfriendly extreme sports life might be.