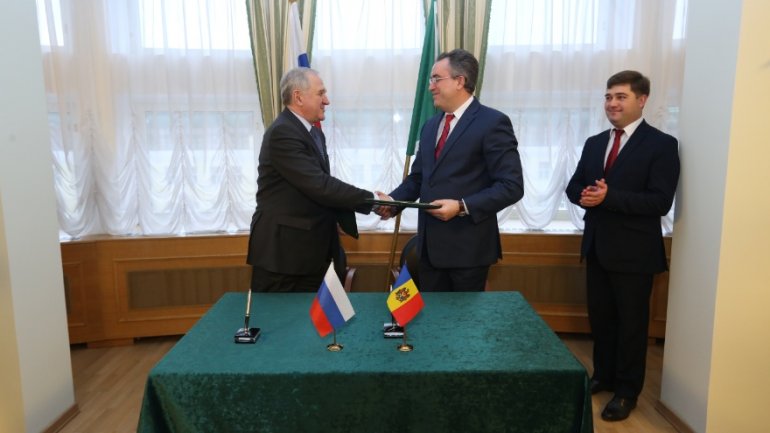 The General Director of the Customs Service, Vitalie Vrabie had a meeting in Moscow with Vladimir Bulavin, the head of the Russian Federal Customs Service. The meeting was held within the framework of the XIV meeting of the intergovernmental commission for economic cooperation between Moldova and the Russian Federation, held from November 28 to 29.

The discussions addressed topics concerning the development of bilateral trade with reference to the import into the Russian Federation, implementation of electronic certification of origin of goods and improvement of exchange of information on cargo and transport units crossing the borders of both countries.

In this context, Vitalie Vrabie and Vladimir Bulavin agreed to conduct joint actions in the near future on the organization of several meetings to discuss current issues of bilateral customs cooperation agenda.

Also at the meeting, the heads of customs services of Moldova and the Russian Federation signed the plan of interaction in the field of fraud for the years 2017-2020, designed to ensure parties to intensify cooperation to prevent customs fraud.

The topics were reflected in the report of the meeting of intergovernmental commission and the Action Plan for the development of Russian-Moldovan relations for the years 2016-2017.

Vitalie Vrabie and Vladimir Bulavin have expressed their conviction on the effective implementation of the agreements reached in the customs area to develop further trade between Moldova and the Russian Federation.
AFLĂ imediat Știrile Publika.MD. Intră pe Telegram