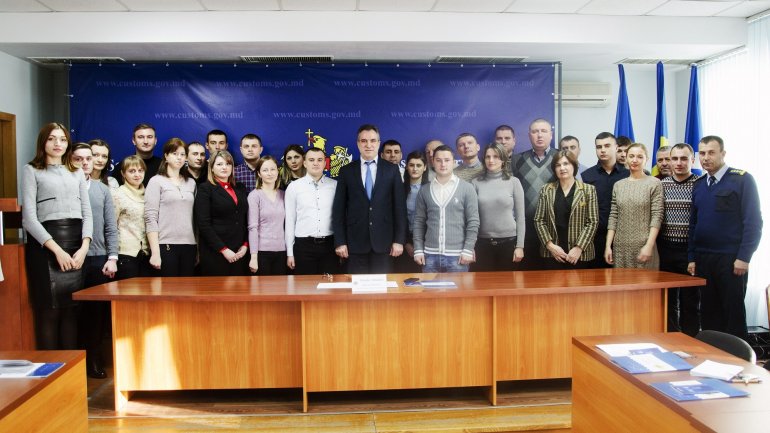 The General Director of Customs Service, Vitalie Vrabie has met today, December 16th,  with people who have passed the employment test within the territorial subdivisions of the Customs Service. They will start working from December 23rd, initially benefiting from a training period of two weeks.

The contest to refill the vacancies in the subordinate entities was held from October 21st to November 22nd. 111 cases have been exposed for 35 available units.

The General Director of the Customs Service congratulated the new colleagues for their good performance throughout the contest and thanked them for opting to build a career in the customs system.

"Customs Service has demonstrated outstanding performance throughout the year, which is due to directly effective management of all areas of activity. It is you who will defend the economic interests of the state, which is why I ask you to perform your job duties correctly in strict accordance with the law and you always manifest in accountability, professionalism and integrity" , said Vitalie Vrabie.