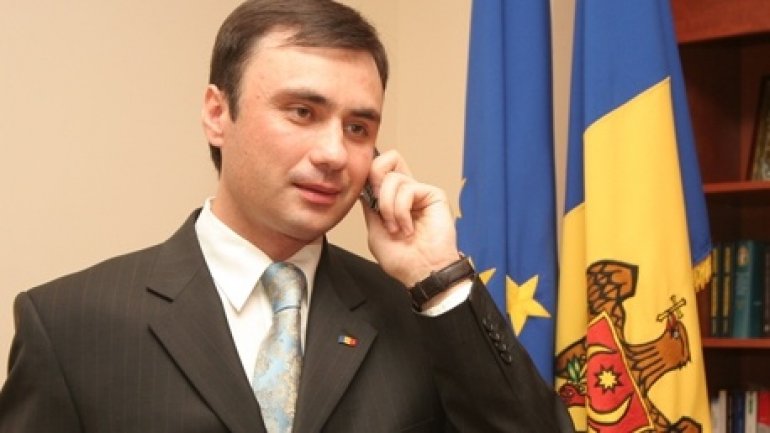 Former Justice Minister Vitalie Pîrlog might become new head of Information and Security Service of the Republic of Moldova. Deputies from the Legal Committee and from Parliament Security Committee have supported today Pîrlog's candidacy for this position.

The suggestion came from 10 deputies from the Governing coalition. Pîrlog claims that he is ready to reform the SIS, to evaluate the officer's professionalism and even increase their salaries.

Vitalie Pîrlog wishes to reform Information and Security Service, which foresees first of all, the evaluation of all officers from within the institution.

"By looking at the team, you can see the quality of their services. Therefore, evaluating the employees will be a priority from the start, if I will be named in this position" Vitalie Pîrlog said.

Deputies from the Security Committee have tested the candidate's knowledge.

"Republic of Moldova is a neutral state and my conclusions will be based on the current constitution. I will act as the law dictates me to" Vitalie Pîrlog answered.

Vitalie Pîrlog has enjoyed support from former head of SIS from the communist period, Artur Reșetnicov. The deputy has been the first to sign the project regarding the decision to name Pîrlog in this position.

"The presented candidate fits all the legal requirements. He has a clear idea how to develop and modernize the Service. He knows of all dangers, of the fact that SIS needs to be modernized. Parliament's support is required" PDM deputy, Artur Reșetnicov said.

Pîrlog mentioned that he was member of PCRM for less than a year, while from 2014 he has withdrawn from politics. Since April of this year, he became the president of Interpol's Commission for the Control of Files.

The function which is compatible with that of SIS head. Earlier, between 2001 and 2006, he represented the Government at CEDO, while in September 2006 was name Minister of Justice. Pîrlog maintained the position in Zinaida Greceanîi's Government in 2008. Later, between 14th and 25th September 2009, Pîrlog was named the interim chief of the Cabinet of Ministers.

Information and Security Service of the Republic of Moldova remained without a chief after Mihai Bălan's mandate expired on 25th October.