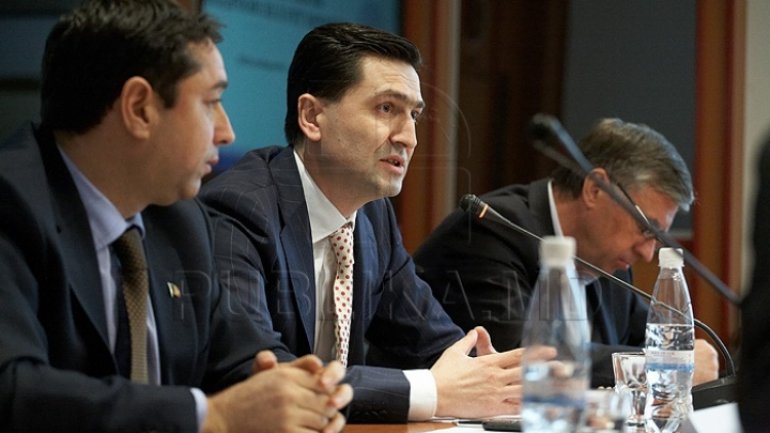 Vitalie Catană: "The advantages about uninominal voting have been vociferated very well: The direct relationship with citizen "

We are witnessing Parliament debates regarding the uninominal voting. A total of 100 persons, among which representatives of civil society, ex-deputies in the first parliament of Moldova, mass-media representatives, NGO’s from different domains, ethnical associations, parliamentary and extra-parliamentary parties, but also persons interested by this subject discuss a new approach of the electoral code, so there exists a better representation of the citizens in the Parliament

This is my invitation to discuss the necessary difference for the specific topic. Especially, for the Constitutional right. I don’t think it is the case to place it next to Lenin. Let me return to the topic. I think that what we must conclude is that there aren’t good and bad systems.

There are corresponding and non-corresponding systems. Let us see what are the advantages and the disadvantages. What is good for Moldova. Unfortunately, the things degraded too much. That red line was passed. We accept that there are political games. I don’t think that someone may contest that the parties have degraded beyond any limit. In exchange, there have been vociferated very well the advantages. The direct relationship with the citizen. I’d like to mention the arguments of those who oppose the uninominal system. Many are fake, many have tight relationships with hypocrisy. I’d also like to refer to the voting system from other states. There was never uninominal system in Romania.

I think that the other things will be named punctually. I have expectations from the uninominal, that it will shake the political parties. They will not be eliminated. There opens the possibility also for the little ones. They will understand that they won’t place on the lists the ones who they want, but will have more responsibility the people capable to communicate and obtain the citizens’ support", communicated Vitalie Catană.