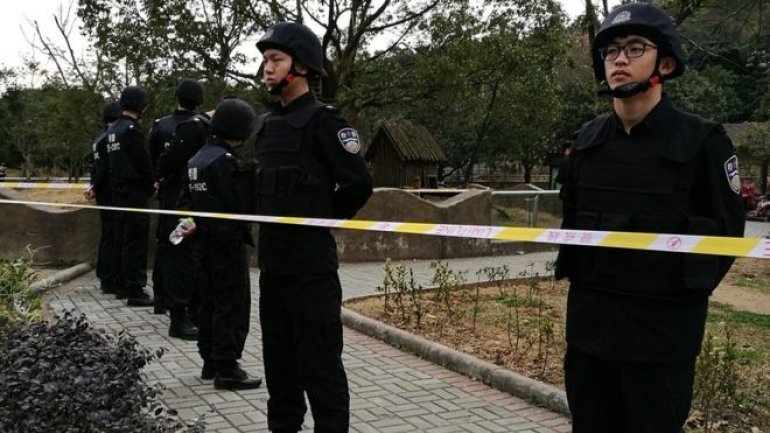 A man has been mauled to death by a tiger after he entered its enclosure at a zoo in eastern China.

The tiger was then shot dead by a special forces unit from the local police, in the Sunday incident at the Youngor Zoo in the city of Ningbo.

The man was rushed to the nearest hospital where he was pronounced dead, informs BBC.

He had climbed over the zoo's walls to avoid paying for a ticket, and landed in the tiger enclosure, local tourism authorities said in a statement.

The zoo was closed to visitors after the attack. State broadcaster CCTV said it remained closed on Monday.

The mauling took place at about 14:00 in full view of park visitors, some of whom posted video clips and pictures of the attack online.

The man, wearing a blue parka and black trousers, can be seen lying on the ground. A tiger appears to have its jaws around his neck and head while two other tigers circle around him.

Screams can be heard in the background as a crowd of onlookers gather in front of the enclosure, separated by a moat.

A series of loud explosive bangs can then be heard and the two tigers run off, while the first tiger continues to bite the man.

Zoo authorities said they used firecrackers to scare off the tigers in the enclosure, according to local reports.

They did not identify the man, but said he was middle-aged and that his wife and children were also at the park.

But a statement late on Sunday from the Dongqian Lake Tourist Resort Administrative Committee said the man was surnamed Zhang and from Hubei province.

It said that Mr Zhang, along with his wife and two children, were visiting the park on Sunday with his colleague, surnamed Li, and his wife.

The women and children had bought tickets and entered the park, but the two men decided to scale the zoo's 3m-tall outer wall, said Mr Li who gave a statement to the tourism authority.

They then climbed another 3m-tall wall that was the boundary of the tiger enclosure. Mr Zhang dropped down into the enclosure and was attacked by a tiger, said Mr Li, who did not follow.

The tourism authority said there were prominent warning signs posted around the point the two men had entered the park, and iron fencing on top of the walls.

The case has attracted widespread attention on Chinese social media, with many condemning the man and mourning for the tiger.

"This visitor's death by mauling really does not deserve any sympathy. Tigers are the carnivorous kings of the jungle and hunting for food is their instinct, who can you blame if you jump in and get attacked? Rest in peace, tiger," wrote one user on the microblogging network Weibo.

In July last year, tigers mauled a woman and her mother when they stepped out of their car at a Beijing drive-through wildlife park.

The woman, surnamed Zhao, survived but her mother died of her injuries. Ms Zhao has since sued the park for her mother's death.